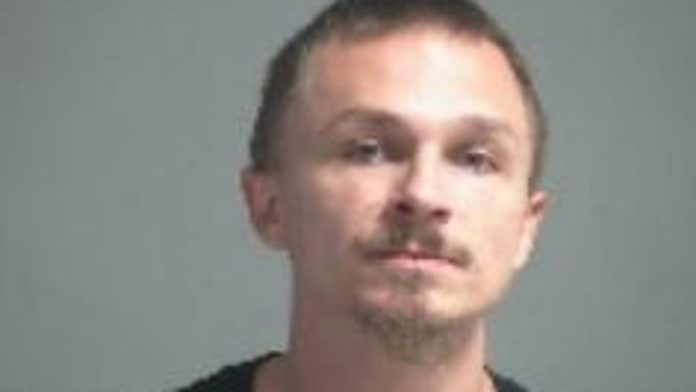 Suspect tells police a man forced him to steal the cash

FREMONT – A former Speedway employee is charged with third-degree felony robbery after police say he stole money from a register.

Ryan Harder, 27, entered the Speedway, 527 E. State St. around 11:29 p.m. Tuesday, pushed a worker behind the county and opened the register, stealing an unknown amount of money before leaving in a vehicle with another male driver, according to a Fremont Police report.

The cashier told police Harder previously worked at the store and knew how to operate the register.

The employee said Harder entered the store and wandered around for nearly 10 minutes wearing a face covering before walking behind the counter and pushing the woman out of the way.

The woman told police she attempted to stop Harder, but he was able to grab money, mostly twenties and tens, before leaving the store, the report said.

The woman told police the man had a tattoo on his middle finger and said he looked familiar.

A male patron outside the store told police he saw the person believed to be Harder run from the store and leave the area in a white four-door truck.

The truck headed southbound on Fifth Street and officers eventually followed the truck, registered to Ricky Buckner, near the Fremont Country Club.

As the truck continued beyond the city limits, the Sandusky County Sheriff’s Office and Ohio Highway Patrol pursued the truck headed westbound on U.S. 20.

A traffic stop was initiated near County Road 590 where officers were able to observe money inside the truck lying in plain view.

The Speedway employee was taken to the scene and identified Harder as the passenger in Buckner’s truck.

When questioned by police, Harder admitted to robbing the store and said it was “drug related” and that Buckner forced him to do the crime and threatened him with a firearm, according to the report.

No firearm was located in Buckner’s truck.

Buckner stated he was only giving Harder a ride, acknowledged he had consumed crack earlier, and denied forcing Harder to do the crime.

Harder wrote a statement saying Buckner forced him to commit the robbery after he pointed a .38-caliber revolver at him and threatened to kill Harder if he did not comply.

Police recovered $250 found on Harder and another $120 inside the truck.

Buckner was charged with second-degree felony robbery and operating a vehicle intoxicated for his alleged role in the incident.