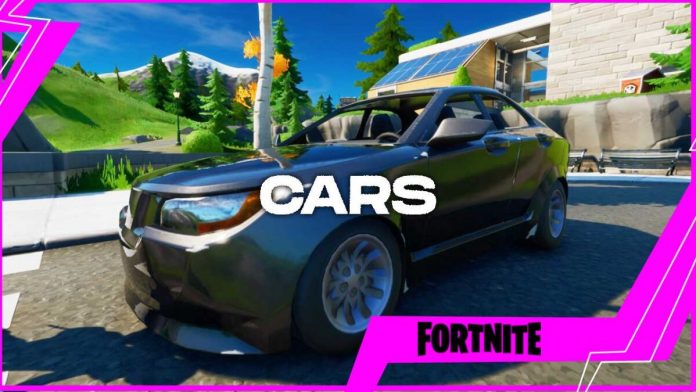 Fortnite the Battle Royale game that was a total hit globally in 2018 and since has been in competition with its long time rival PUBG, has had many updates come and go over the past few years such as helicopters, golf carts, driftboards and more but cars are a new addition to the game. The update was teased in the trailer for Chapter 2: Season 3 and is now finally available with the new update.

The new update seems to have four types of cars, the Islander prevalent, the sporty Victory Motors whiplash, the OG Bear pickup, and the Titano Mudflap big rig. These cars are not so difficult to find around the map and have to be filled up with gas which can be found at gas pumps or in throwable gas cans.

Overall, I think although updates are important and the new cars updates will definitely help players move around the map faster and gameplay dynamics may be different than before but I guess Fortnite has lost its actual game concept with all the success it gained and with existing pro gamers wanting something new everytime. Fortnite really helped in making gamers such as Ninja, Alli A and more famous which brought Fortnite to the limelight in YouTube and now Fortnite is not as much of a hit as it used to be. The new CoD (Call of Duty) Modern Warfare that was released last year and introduced its own Battle Royale mode called Warzone has taken over the gaming community for the battle royale genre and games such as Fortnite and PUBG are trying their best to compete against it with new updates. Personally, Fortnite should’ve kept the gameplay concept original with shooting and building being the main strategic ways of gameplay for players which also gave intense competition within the game.