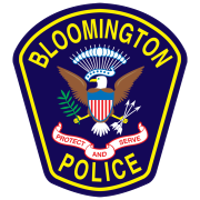 Incidents beginning at the Bloomington Walmart store resulted in high-speed pursuits, a surprised 12-year-old boy and an investigation that was concluded by good fortune.

Police officers were dispatched to the store at approximately 8 p.m. April 1. Store security personnel reported that a woman had attempted to steal a bicycle. She was unsuccessful and was attempting to flee in a green Jeep Grand Cherokee. An officer patrolling the area for the getaway vehicle spotted a vehicle matching the description, parked in a commercial lot near the intersection of 12th Avenue and American Boulevard, according to Bloomington Police Cmdr. Damon Bitney.

The officer pulled up to the vehicle to check if it was occupied, and as he was doing so, the vehicle began to drive away at a high rate of speed, without headlights. The driver ran a stoplight as the vehicle headed to the freeway, where it went east on Interstate 494 and south on Highway 77. The vehicle quickly exited for Killebrew Drive and passed Mall of America, turning onto Old Shakopee Road.

When the driver reached 12th Avenue, the vehicle turned south, then turned west onto 97th Street, which was a dead end. Undeterred, the driver drove through a yard, accessed the Redemption Lutheran Church property and navigated back to Old Shakopee Road, Bitney explained.

Based upon the license plate of the vehicle, the registered owner was contacted. He said he had sold the vehicle a month prior, and provided a name for the buyer. Further investigation into the vehicle and the buyer showed that it had been involved in a Dakota County pursuit on March 15, Bitney said.

Surveillance video of the woman who attempted to steal the bike provided an image of the perpetrator. An alert for the vehicle and the woman was sent out, and one of Bloomington’s officers thought that the unknown woman matched the description of a guest at Microtel Inn and Suites, 801 E. 78th St., that may have been connected to a stolen Lincoln Navigator with no license plates that turned up in the parking lot earlier that day, Bitney explained.

On April 2, the Navigator’s owner, a 35-year-old Minneapolis man, came to Bloomington to identify his possessions within the impounded vehicle. Several credit cards and other documents in multiple names were also found in the vehicle. The owner said that a woman had been visiting his Minneapolis home the previous day. He realized that his Navigator was missing after she left and noticed that his keys were also missing, Bitney noted.

The name the Minneapolis man provided for the woman and the name the seller of the Grand Cherokee provided were the same, giving investigators a suspect. Locating her turned out to be rather easy, thanks to fortunate timing by a patrol officer that evening.

At approximately 11:30 p.m., an officer patrolling the parking lot of Quality Inn and Suites, 814 E. American Blvd., saw a Grand Cherokee parked outside the entrance to the hotel. The vehicle was not the same color as the vehicle from the previous night’s pursuit, but it appeared that the parked vehicle had been freshly spray-painted black. The officer began surveillance of the vehicle, and when a woman matching the description of the suspect exited the hotel and entered the Grand Cherokee, officers stationed in the vicinity boxed in her vehicle to prevent another high-speed pursuit, Bitney explained.

The 27-year-old Blaine woman was arrested on suspicion of fleeing a police officer in a motor vehicle. The impounded vehicle contained a key to the stolen Lincoln Navigator, Bitney noted.

The Blaine woman was not the only person to flee a police officer following an incident at Walmart.

Officers were dispatched to the store at 1:40 p.m. April 2 for a report of three men who were shoplifting. The trio took two backpacks from the store, placed them into a shopping cart, filled the backpacks with merchandise and attempted to leave without paying for the backpacks, according to Bitney.

A loss prevention officer observed the trio’s work and confronted them as they left the store. Two of the men ran toward parked vehicles, while a third man walked away. One of the men entered a Ford F-150 truck and began driving off. An officer responding to the call spotted the F-150 as it was pulling out of the parking lot. The officer attempted to conduct a traffic stop, but the driver drove off, heading south on Chicago Avenue, west on American Boulevard and eventually crossing into the eastbound lanes of traffic near Second Avenue. An officer responding to the pursuit pulled over as the truck approached. Although it appeared the truck was going to strike the squad car, the driver did not do so, Bitney said.

The pursuit was terminated as the driver turned south on First Avenue, but it picked up again when an officer spotted the truck near 98th Street and Portland Avenue. An attempted traffic stop was unsuccessful again, as the driver began to flee, heading southbound on Third Avenue at a high rate of speed. The officer did not chase the vehicle, but it wasn’t long before it was spotted on the 10400 block of Columbus Road. An officer attempted a PIT maneuver but was unsuccessful, Bitney noted.

When the driver turned onto Columbus Circle, however, the pursuit ended, albeit momentarily. The man pulled into a driveway, abandoned the vehicle and fled on foot toward the river bottoms, Bitney said.

Officers, including a K-9 unit, set up a perimeter to search for the man, and it didn’t take much to locate him. Numerous residents who were out walking through the neighborhood were able to point officers in the direction the man fled, and he was found hiding in a shed at Pond-Dakota Mission Park, Bitney explained.

The 30-year-old White Bear Lake man was arrested on suspicion of fleeing a police officer in a motor vehicle and theft. One of the stolen backpacks was found in the truck, which turned out to have been reported stolen in Plymouth and had license plates stolen in Burnsville, Bitney noted.

As for his accomplices, the man who attempted to leave on foot was a 30-year-old White Bear Lake man, who was arrested on suspicion of theft for his role in assisting with the effort to conceal merchandise. He did not have a backpack with him when he was arrested outside the store, according to Bitney.

The third man had not been arrested as of last week. He fled the scene in a Toyota Corolla and was stopped by a responding officer near Walmart. The officer left the suspect and his vehicle, however, in order to assist with the pursuit of the fleeing truck, at which point the Corolla drove off, presumably with one of the backpacks. A detective contacted the registered owner of the vehicle, who reported it had been recently sold. The detective had been unable to contact the reported buyer, Bitney noted.

Walmart estimated the value of the recovered backpack and its contents is $170, he added.

There was no high-speed pursuit involved when officers arrested a 40-year-old St. Paul man during the afternoon of April 6.

A 12-year-old Minneapolis boy called 911 from his cellphone after the suspect allegedly shattered the front passenger’s window of the SUV he was sitting in. The boy was sitting in the back of the vehicle, which had tinted rear windows, while his mother was inside Walmart. The boy saw the man who broke the window and provided a description of him as he fled, Bitney said.

An officer working inside Walmart responded to the report but was unable to locate the suspect. Inside Walmart, officers reviewed surveillance video of the parking lot to get a better description of the man. A check of the live video from the parking lot showed the man had returned. As officers confronted him about the incident, the boy and his 46-year-old mother were still at the store. The boy verified that the suspect was the man who had broken into the SUV, resulting in the man’s arrest for criminal damage to property, Bitney explained.

The suspect gave an incomplete name initially, and when officers were able to verify his identity, it turned out he had 11 warrants from several counties, most related to financial transaction card fraud, Bitney noted.

Copyright © 2020 at Sun Newspapers/ APG Media of East Central Minnesota. Digital dissemination of this content without prior written consent is a violation of federal law and may be subject to legal action.

Things to Do: Entertainment in the Midland, Great Lakes Bay region