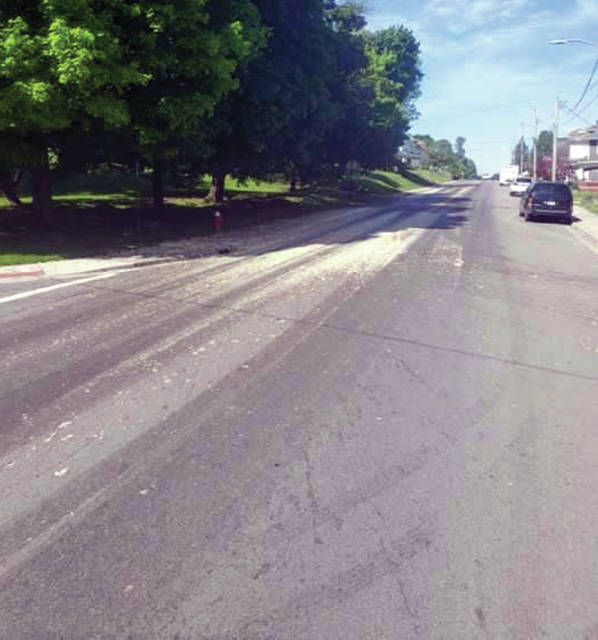 A spill of a “foul-smelling substance” in the 900 block of Covington Ave. in Piqua led to the closure of the street for hours as cleanup crews worked to remove the substance and clean the area. PIQUA — Covington Avenue was closed for a majority of the day on Sunday after a commercial semi lost part of its load, covering the street with what both police and fire departments described as a “foul-smelling substance.”

Lt. Marcos Rodriquez said that the spill was reported at 9:36 a.m. by residents in the area. The substance has not been identified but was a “thick pink substance spilled along about 300 feet of the south side of Covington Ave” said Rodriguez.

The driver of the semi continued on without stopping, according to police. Rodriguez said that several residents along the street have surveillance footage of the truck and officers will be checking the footage to identify the vehicle.

Officers on the scene requested Piqua Fire Department to respond. A number of options were weighed and it was decided to contact a Cincinnati company who specializes in that sort of cleanup. A spill of a “foul-smelling substance” in the 900 block of Covington Ave. in Piqua led to the closure of the street for hours as cleanup crews worked to remove the substance and clean the area.

55 per cent of work completed in Trucks Rest Stop on...