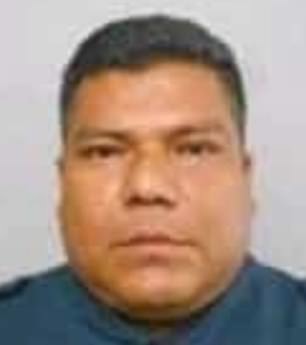 Four cops were found dead in a pickup truck Sunday, less than 24 hours after they were reported missing following a shootout with members of an oil theft gang in Mexico’s Gulf coast state of Tabasco.

Local media outlets reported the police officers were in pursuit of an armed gang in Pejelagartero, a farming town in the municipality of Huimanguillo, when they were ambushed by a second group with the huachicoleros, or oil thieves.

A unit of federal and state law enforcement arrived at the cops last known location after they had radioed for backup, and discovered several AR-15 bullet casings and blood stains on the ground.

A group of farmers in the farming town of Tres Boca alerted the police after they saw the  corpses of the four cops stacked over each other in the pickup truck’s flatbed. 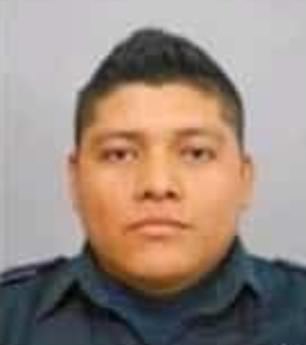 Adrián Sánchez (left) and Rubicel Cordova (right) are two of the four cops found dead Sunday in Tabasco, Mexico, a day after they were abducted by a gang of oil thieves following a shootout in the municipality of Huimanguillo 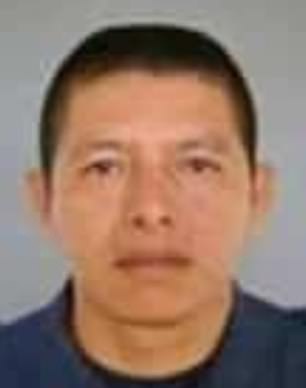 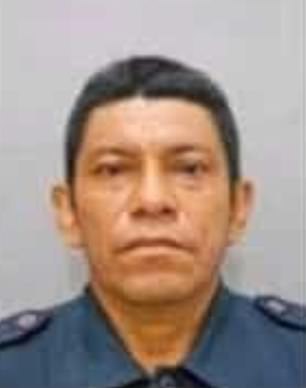 Abenamar Ruiz (left) and Marco Antonio Sánchez (right) were among the four cops who were executed Saturday and found dead Sunday in Huimanguillo, a city in Tabasco, the home state of Mexico President Andrés Manuel López Obrador.

The murder of the cops were among the 11 that took place in less than a 24-hour period in Tabasco, the home state of Mexico President Andrés Manuel López Obrador.

A couple of hours after the police officers were kidnapped, a group of assassins broke into a home in the city of Villagermosa and killed three men and wounded three victims, including a woman.

In a separate incident Sunday morning, gunmen entered a residence in the municipality of Cárdenas and executed two people. A third wounded person died at a local hospital.

A few hours later, a man was found murdered with his hands and feet tied on the side of a road in the Villagermosa neighborhood of Casa Blanca. Law enforcement also discovered a poster board with a message from the responsible assailants. Its contents were not disseminated in the local press. 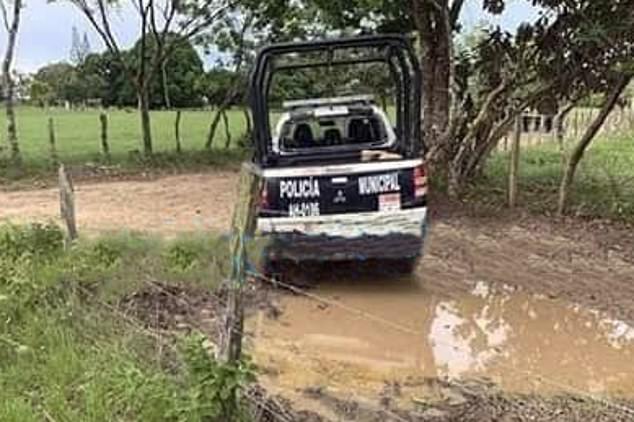 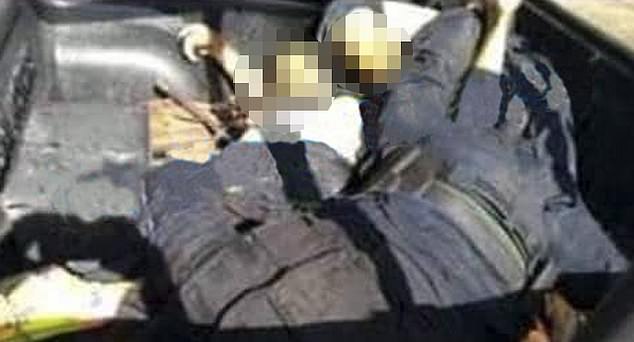 The Tabasco region was not the only part of Mexico that was engulfed in assassinations throughout the weekend.

At least eight masked gunmen barged inside a home converted into a drug rehabilitation center in the Guanajuato town of Irapuato on Saturday afternoon and opened fire for almost five minutes, executing 10 patients.

One of the victims stumbled outside the building and died after receiving medical attention. 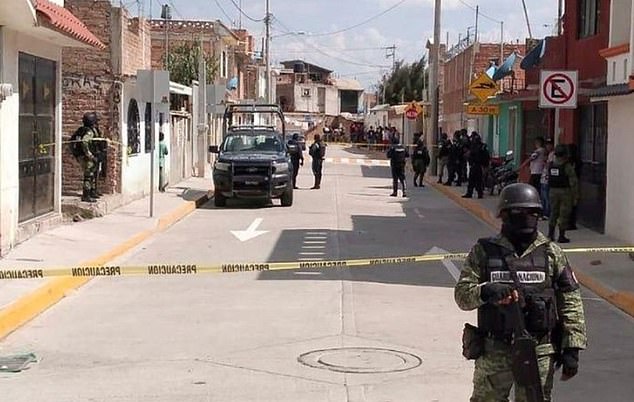 National Guard soldiers and police officers surround a rehab center in Guanajuato, Mexico, on Saturday after 10 patients were killed by armed men

In total, 21 people were murdered in Guanajuato, where the Jalisco New Generation Cartel, considered the strongest criminal organization in the country, has been been embroiled in a turf war with Santa Rosa de Lima Cartel, which dedicates itself to oil theft.

A study released last Monday by Mexico-based Citizen’s Council for Public Safety and Criminal Justice ranked Irapuato as the fourth most dangerous city in the world in 2019 with 80.74 homicides per 100,000 residents.

Federal officials have reported more than 11,500 homicides so far this year in Mexico, with more than 1,500 of those in Guanajuato state.

Broward firefighter missing after crashing his truck and being seen ‘disoriented’