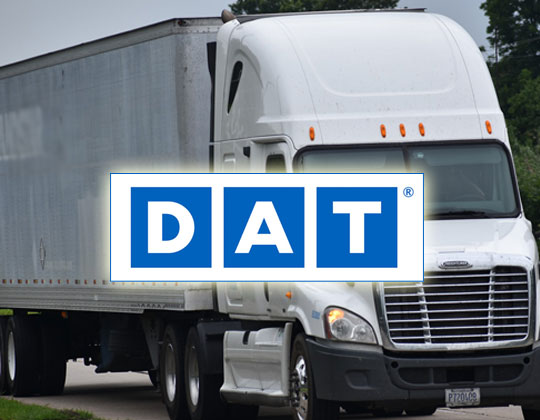 The number of posted loads on DAT MembersEdge jumped nearly 10% during the week ending May 31, which had one fewer workday because of Memorial Day.

And compared to April, load-posting activity on the spot freight market increased 79.6% in May while truck posts declined 15.7%.

National average spot rates through May 31

Those are rolling averages for the month and current rates are higher. On June 1, the van spot rate averaged $1.72 a mile, the flatbed rate was $1.98, and the reefer rate was $2.08.

At 2.8 loads per truck, the national average van load-to-truck ratio is on track with the same period in 2019, a soft year for spot freight but an improvement compared to the last five weeks. Spot rates last week were higher on 79 of DAT’s top 100 van lanes by volume compared to the previous week. The number of loads moved on those 100 lanes last week was lower by an average of 18%, in line with expectations for a holiday-shortened workweek.

Retail freight is on the move

It’s already been a long year for flatbed carriers but conditions are improving. The national average flatbed spot rate is still less than $2 a mile on a 19.2 load-to-truck ratio but several lanes are reflecting increased demand for trucks. Among them:

The national average reefer load-to-truck ratio was 3.7 last week, a half-point higher than the previous week. Rates increased on 42 of the top 72 reefer lanes by volume. Fourteen lanes had lower rates compared to the previous week and half of those were out of Florida. In a one-week period, Miami to Atlanta went from an average of $1.87 to $1.68.

This summary’s month-to-date national average rates were generated using DAT RateView, which provides real-time reports on spot market and contract rates, as well as historical rate and capacity trends. The RateView database is comprised of more than $68 billion in freight payments. Actual spot rates are negotiated between the carrier and the broker.

For the latest spot market updates, visit DAT.com/industry-trends/covid-19 and follow @LoadBoards on Twitter. You can post comments on the DAT Freight Talk blog or on the DAT Facebook page. You can listen to the DAT MembersEdge report every Wednesday on Land Line Now.

The 3 best luxury off-road SUVs for every price point

Drivers, Restraints, Opportunities, Trends, and Forecast up to 2026 – Owned