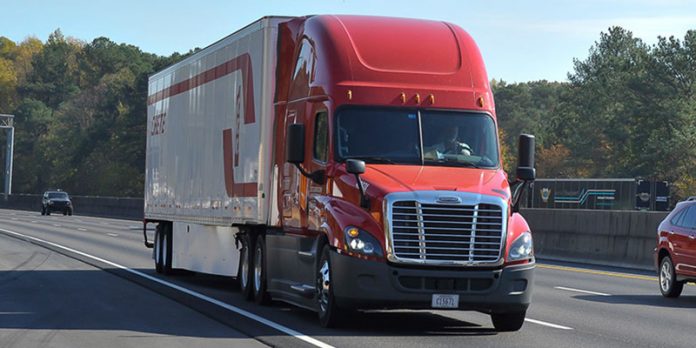 Transportation analytics firm INRIX took a deep dive into the COVID-19 pandemic’s impact on freight movement in the U.S. and found that it is taking the smallest hit among other forms of ground transportation.

The study noted that is an important factor in how fast the U.S. can recover because the logistics network plays a critical role in the economy.

The study found that commercial truck travel has dipped 13 percent nationwide. Personal transport has dropped nearly in half – 46%. The study looks at vehicle miles traveled over a five-week period starting using March 14 as the baseline week and analyzing data through April 17.

But there are regional differences in freight travel. Freight has dropped 6% in the West compared to 17% in the Southern Gulf region. Plunging petroleum prices and an oversupply of oil that started before the pandemic have contributed to the decline in the oil patch. Freight in Texas has plunged 20%.

States heavily dependent on the auto industry and other manufacturers have experienced large freight declines. Michigan, the cradle of the U.S. auto industry is down 37% as automakers shuttered plants and delayed supply shipments. Freight in Kentucky, another center of auto production, dropped 20%.

Every state of the 12 that make up INRIX’s Western region, but Utah, suffered a drop in long-haul trucking. New Mexico is the largest at 13%. But as of the last week in the study Utah was even, neither growing nor shrinking.

All eight states in the Southern Gulf region have double-digit drops in freight activity with Oklahoma experiencing the smallest, 13%.

The eight-state South Atlantic region is holding up better than other parts of the U.S. Its overall decline is 10%.

The Northeast also is demonstrating resilience. It had a 9% drop in freight vehicle miles traveled compared to the baseline week. Freight travel dropped 13% percent in New Jersey, the largest drop among the nine states in the region. New York with a 9% reduction.

Meanwhile the gains in travel speeds are significant. Freight is moving 59% faster during the evening rush hour in Los Angeles, 40% faster in New York and 60% faster in San Francisco.

It is moving 26% faster during the morning rush hour in Atlanta, a city known for its freight bottlenecks. Freight is traveling 33% faster in the morning in Boston and 30% faster in Baltimore.

“Throughout the country, long-haul trucks continue to make their trips at nearly the same amount preceding the crisis, but don’t have to contend with the congestion around urban areas that typically stifle productivity,” the study said.

The improved freight speeds also demonstrate how congested freight corridors “should be top of mind as the public and private sectors work toward investing in a federal infrastructure package,” the authors said.

uring previous recessions trucking recruited workers laid off from other industries. This time is different.

Mom shares ordeal of teens who got stranded in bush; boys had no gear, little food

These Weak Pickup Trucks Were Clearly Not Meant For Work