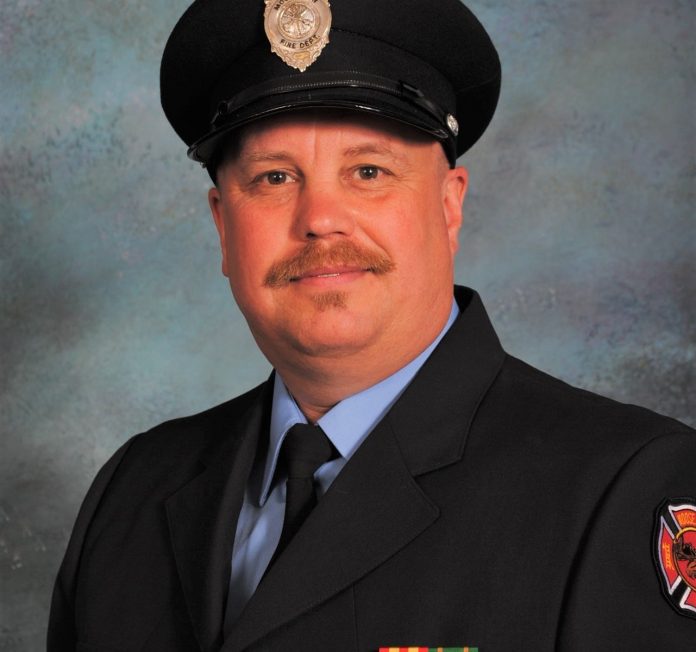 ‘It was a tough decision. It’s been a great career. It was a great place to work and great people to work with’

After 37 years of fighting fires, responding to vehicle collisions and educating students about fire safety, senior captain Laurie Evans has retired to focus more on family and the outdoors.

Evans, 59, hung up his bunker gear on June 24 after nearly four decades of helping protect the community with the Moose Jaw Fire Department. He retired eight months earlier than he planned — the mandatory retirement age is 60, which he will reach next April — since he thought now was a good time, particularly since the department was moving in a new direction.

“It was a tough decision. It’s been a great career. It was a great place to work and great people to work with,” Evans said. “But it was just getting time (with) the stresses of the job. It was just time to retire.

“… I enjoyed working with the fellas. Our job is like living with family. You’re there long hours, you know everybody’s little idiosyncrasies and all that kind of stuff. It’s a rewarding job that way.”

The memorable and rewarding aspects of the job that Evans enjoyed were being able to help others and alleviate their problems, interacting with the public, working with a like-minded team every day and facing a variety of daily challenges.

Evans saw many changes during his 37 years as a firefighter, he said. The fire department focused almost exclusively on fighting fires when he started. However, the role of firefighter evolved during the next four decades. They now attend to vehicle accidents and extrications, handle calls for medical assistance — “That’s now a big part of our job” — and work on different skills, such as confined spaces training, angle rescue and water rescue.

“We are trained better to help the public,” Evans added.

Another significant change that occurred is who can become a firefighter. Evans explained that when he started, a young person could walk in from the street and apply. Now, applicants have to go to a fire training school and have the skills of a primary care paramedic before fire departments will hire them.

This is for the better, he added, since the public is better served with more knowledgeable firefighters who aren’t merely sitting around waiting for a fire call.

The fire department hired Evans on May 16, 1983 as a firefighter. Seventeen years later, the department promoted him to captain in charge of training on Feb. 1, 2002, a position in which he stayed until Sept. 26, 2003 when he chose to return to his firefighter position. The department later promoted him to lieutenant on Oct. 1, 2011, while he recently finished his career as senior captain.

Evans became a firefighter since he followed in the footsteps of his father, who worked for the fire department for about five years.

“It was always something I always took a fancy to,” he said.

In retirement, Evans plans to focus more on fishing and hunting, helping out on an area farm by driving a grain truck and, probably most important to him, being able to spend more time with his family, kids and grandchildren.

“I can (also) hang out in the sun,” he added with a chuckle.

ECONOMIC WATCH: 2021 to be ‘transition year’ for economy, CV demand...

Birge Back on Track After Boat Fire

Dogs are not safe in the bed of a pickup truck