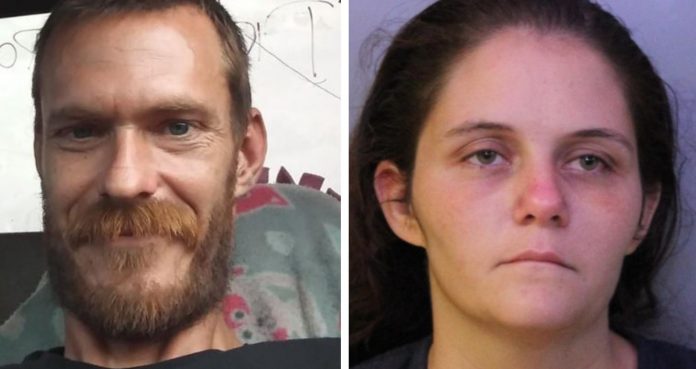 An arrest warrant was issued for Keven Springfield hours before the gruesome triple homicide. In separate affidavits, Springfield and his wife, Sarah, were accused of denying nourishment to their 8-month-old baby.


In separate affidavits, Springfield, 30, and his wife, Sarah, were accused of denying nourishment to their 8-month-old baby.


Prosecutors said Friday they will dismiss their case against Keven Springfield.


Sarah Springfield, 26, was arrested June 3 for violating her probation, stemming from the allegation of negligence. She was on probation for an unrelated 2019 drug conviction when Polk County Sheriff’s Office deputies signed the affidavit in late May alleging negligent child abuse without bodily harm, according to court records. She has remained in the Polk County Jail since her June 3 arrest, jail records show.


Although the two affidavits were signed in May, official charges against the Springfields weren’t filed until July 17, court records show.


The affidavit indicates that Sarah Springfield had given birth to twins — a boy and a girl — prematurely in November 2019, and they spent more than a month in the neonatal intensive care unit. Upon his release Jan. 3, the son weighed about 5 pounds and 3 ounces. By March 25, he weighed only 6 pounds and 8 ounces, the affidavit states.


Between the two doctor visits, detectives stated, the couple had missed three appointments with the baby’s pediatrician. They also missed a follow-up appointment to the March 25 checkup, according to the affidavit.


Case workers with the state Department of Children and Families became involved with the investigation April 8, and they noted the differences between the boy and his twin sister. The girl appeared small but healthy, court records show.


“However (the boy) appears to be obviously underweight with numerous protruding bones, sunken eyes and thin skin,” according to the affidavit.


The baby, then about five months old, was admitted to an Orlando hospital in April weighing 7.4 pounds. During his 12-day hospital stay, he gained about 1 pound and 3 ounces, according to the arrest reports.


When contacted about the baby’s health, Keven Springfield responded to investigators through a text message, saying, “Please can u leave me out of her stuff,” the affidavit states. He was never interviewed regarding his son’s condition.


About 10 p.m. the day the negligence charges were filed and a capias was issued for Springfield’s arrest, he met up with two of his best friends — Brandon Rollins, 27, and Damion Tillman, 23 — to do some night fishing at Lake Streety west of Frostproof. Minutes after they got to rural Lake Streety Road, the three were gunned down while in their two pickup trucks.


Sheriff’s deputies have arrested Tony “TJ” Wiggins, 26, on allegations of first-degree murder. Detectives have alleged that his girlfriend, Mary Whittemore, 27, and his brother, Robert, 21, watched from their truck as the killings took place, and have charged them with accessory after the fact to a capital felony — a first-degree felony punishable by up to 30 years in prison.


Each of the Wiggins brothers also faces a count of tampering with evidence for washing the truck the day after the killings, according to court records.


A chance encounter at a Frostproof dollar store led detectives to the three alleged assailants. They found a Dollar General bag in Tillman’s truck, which led to a review of surveillance video at the store. As he made a purchase about 10 minutes before the attack, Tillman talked with Wiggins and his brother at the store. Deputies learned of the shooting when Rollins called his father for help as he lay dying of gunshot wounds.


Three days later, a search of the travel trailer TJ Wiggins lived in uncovered bullet casings matching those found at the murder scene. Once in custody, Robert Wiggins told detectives that his brother had killed the three men, and he detailed the events of that night, according to his arrest affidavit. He said TJ Wiggins had accused Springfield of selling an engine from a truck he owned, repeatedly yelling, “Where’s my truck.” Springfield, a mechanic, told Wiggins he didn’t know what he was talking about.


TJ Wiggins remains in the Polk County Jail without bail on three counts of first-degree murder and a count of tampering with evidence. His brother is being held on $46,000 bail and Whittemore on $45,000 bail, according PCSO spokeswoman Carrie Horstman.

Suspect in custody after dragging Littlefield officer with SUV