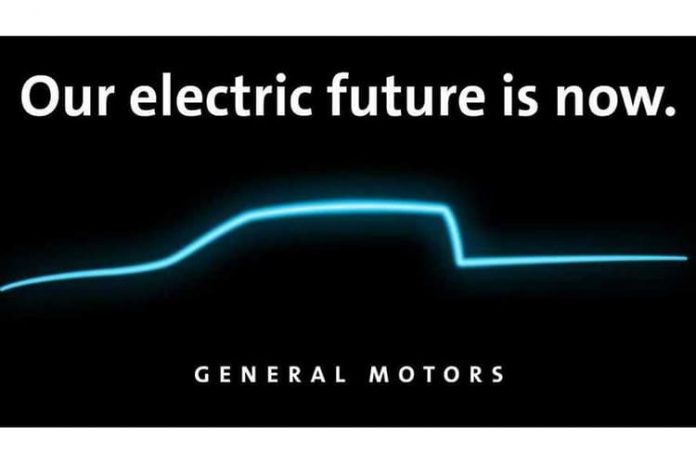 Silverado-sized ute to get big range in bid to challenge battery-powered F-150, Cybertruck and Rivian R1T

Chevrolet has announced it is working on a next-gen pure-electric full-size pick-up truck that will cover up more than 400 miles (644km) between charges.

The news that the US car-making giant will roll-out its own zero-emission truck, which is being created to rival the electric Ford F-150, Tesla Cybertruck and Rivian R1T, was revealed in Chevrolet’s annual sustainability report.

Set to be built in a GM-owned Detroit factory, it’s been reported the electric Silverado-sized pick-up could be on sale as soon as late 2021.

No other details have been revealed on the new pick-up, but it’s safe to assume that its high cost of development is being shared with the reborn, battery-powered Hummer SUV and pick-up.

That means that instead of being based on the latest fourth-gen Silverado’s GMT T1XX ladder-frame chassis, the new pick-up will sit on an all-new dedicated EV platform and get GM’s latest pure-EV tech, including the Ultium batteries that are cobalt free and feature solid-state electrolytes, enabling ultra-fast charging.

The next-gen batteries are not only cheaper to make, they’re longer lasting and should last for up to a million miles.

There’s no word on how much power the zero-emissions truck will pack, but it’s feasible in the world of big-power electric utes that the flagship version of the new Chevy pick-up will come with the same triple-motor 1000hp (746kW) powertrain the Hummer EV has been promised.

If so, expect it to be impossibly quick, hitting 100km/h easily in less than three seconds.

As well as the performance version, one- and two-motor versions will also be offered to lower the price point of the electric pick-up for those who will actually use it for work.

When it arrives, the big Ford is tipped to significantly undercut both its Rivian and Tesla opposition on price and come with the option of the Blue Oval’s latest semi-autonomous cruise control system, which will offer hands-off driving capability on some US highways.

Chevrolet, meanwhile, is expected to begin teasing its battery-powered towards the end of this year.