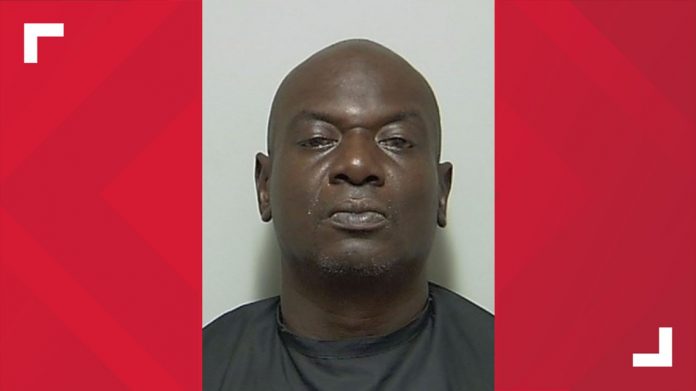 John Grimes, 50, faces charges for fleeing and eluding law enforcement with disregard for safety to people, burglary of a structure unarmed and grand theft.

A Gainesville man was arrested Sunday after he reportedly stole a variety of landscaping materials from a hardware store, according to the Putnam County Sheriff’s Office.

John Grimes, 50, faces charges for fleeing and eluding law enforcement with disregard for safety to people, burglary of a structure unarmed and grand theft.

On May 22, Ace Hardware in Melrose reported that multiple items from their outside garden area had been stolen. The items taken included 15 rose plants, six azalea plants, 25 concrete pavers, 12 bags of white marble, 15 bags of cypress mulch, 20 bags of potting soil, 10 trays with potted flowers, 10 water infiltrators and 14 other assorted plants.

While deputies were patrolling the area on Sunday around 5:30 a.m. they saw a white Chevrolet truck parked at a neighboring business. Deputies observed the man run from the bushes, get into the truck and flee the area.

After speaking to a resident in Putnam Loop deputies noticed several potted plants, bagged mulch, concrete pavers and other items resembling those that had been reported stolen. Other plants planted in the ground were freshly mulched. The owner told deputies he had purchased the items from Grimes.

A K-9 track on Putnam Loop Road was conducted and deputies found Grimes in the woods north of the residence with fresh landscaping.

Grimes told deputies that he stole the items from Ace Hardware on two separate days. Grimes said he was “spooked” by deputies before stealing any items on Sunday. He told deputies he sold the landscaping supplies for $100 to $120.

Grimes was arrested and taken to the Putnam County Jail. He is being held on $75,000 bond.