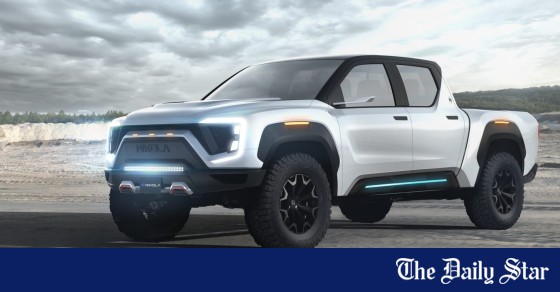 General Motors and Nikola announced Tuesday a strategic partnership under which GM will receive an 11 per cent stake in the electric truck company in exchange for providing technology and manufacturing.

The American auto giant will provide  “in-kind” services to the electric truck startup and will  “engineer, homologate, validate and manufacturer the Nikola Badger battery electric and fuel cell versions,” the companies said in a joint press release.

The Nikola Badger is an electric pickup truck. Under the venture, GM’s battery and fuel cell technology will be employed in the Badger and subsequently in other Nikola vehicles. The venture represents  “a key commercialization milestone for GM,” the companies said. In exchange, GM will receive $2 billion in newly issued common shares of Nikola and a seat on Nikola’s board of directors.

Launched by entrepreneur Trevor Milton in 2015, Nikola went public in June and announced plans to build hydrogen fueling stations, in additional to zero-emission vehicles. The company has yet to sell commercially available vehicles but has drawn comparisons in its ambitions to electric car company Tesla.

“Nikola is one of the most innovative companies in the world. General Motors is one of the top engineering and manufacturing companies in the world,” Milton said. “By joining together, we get access to their validated parts for all of our programs, General Motors’ Ultium battery technology and a multi-billion dollar fuel cell program ready for production,” Milton said.

“Most importantly, General Motors has a vested interest to see Nikola succeed.” GM Chief Executive Mary Barra said the partnership showed the potential of the Detroit giant’s technologies to be used in environmentally progressive autos.

“We are growing our presence in multiple high-volume EV segments while building scale to lower battery and fuel cell costs and increase profitability,” Barra said.

“In addition, applying General Motors’ electrified technology solutions to the heavy-duty class of commercial vehicles is another important step in fulfilling our vision of a zero-emissions future. “Shares of Nikola surged 28.1 per cent to $45.55 in pre-market trading, while GM jumped 6.3 per cent to $31.89.