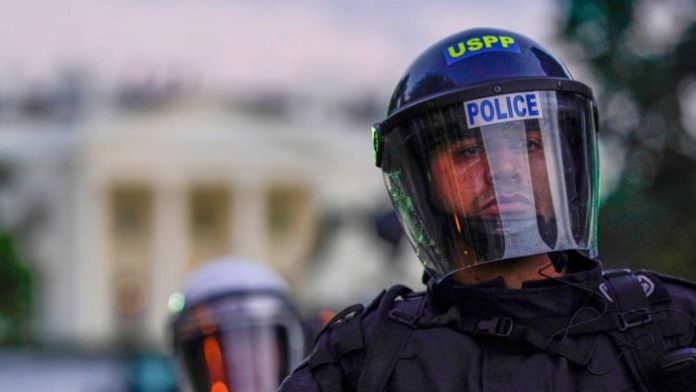 Protests over the death in custody of George Floyd are continuing across the United States.

More than 10,000 National Guard members are expected to be deployed in Minneapolis as other states brace for another night of unrest.

Follow updates through the night in the US in our blog.

This is was the scene in Minneapolis looked like before a tanker of some sort drove into the protest.

It’s not clear yet what was going on with the tanker or if anyone has been injured. The group of protestors was walking down a major highway in the city.

A truck has driven into a protest in Minneapolis

A group of protesters was marching down a highway in Minneapolis when a truck drove into the middle of the crowd. You can see coverage of the incident in the tweet below but fair warning, it’s pretty confronting:

This has only happened in the past 30 minutes or so, but we’ll keep watching this story and bring you updates. Police are on the scene at the moment.

Is coronavirus still being talked about in the US? With over 100,000 deaths there, it’s really concerning to see large groups of people in close contact (especially in hotspots like New York). What precautions are the protesters taking?

Have people in the USA simply forgotten there is a deadly virus that is rampaging across the country whilst they gather in their thousands ? And when the spike does come will the hospitals be able to cope?

You’re right that coronavirus is still a threat here in the US, and with 106,000 death and over 1.8 million confirmed cases, I don’t think anyone’s really forgotten about it. It’s more likely that they weighed the options, and decided protesting was worth it.

We’re not seeing a ton of social distancing, but it’s fair to say we’ve seen a lot of masks, gloves and even some hand sanitizer distributed…creatively.

Calm outside the White House

“A lot of noise, a little bit of jostling, a little bit of tear gas, perhaps, but really pretty calm here. Some barricades were pushed over, moved aside and the like. This country is very much bracing for another night of violence, of looting, of destruction, that we’ve seen for five nights straight now. It seems the harder authorities push down on these protest movements, the more they spring back up again.”

Mayor Keisha Lance Bottoms (pictured) said at a news conference Sunday that she and police Chief Erika Shields made the decision after reviewing body-camera footage. Shields called it “really shocking to watch.”

It shows a group of police officers in riot gear and gas masks surround a car being driven by a man with a woman in the passenger seat. The officers pull the woman out and appear to use a stun gun on the man. They use zip-tie handcuffs on the woman on the ground.

Atlanta has been one of the major centres of protest in recent days. The city is under curfew again tonight.

I’m Emily Olson, an ABC digital journalist based in the North America bureau.

I wish we had a less grim occasion to be here, but we hope to help you make sense of what’s sure to be another eventful night in the US.

Let us know what’s on your mind by hitting the “leave a comment” button above. We’ll try to answer as many questions as we can.

It appears he was out and about this morning in Wilmington, Delaware.

Mr Biden has stayed in isolation in his Delaware home since becoming the presumptive nominee in March. His only public appearance since was a trip to lay a wreath for Memorial Day last week.

Donald Trump has been tweeting

The US president declared on Twitter this morning that he would be “designating ANTIFA as a Terrorist Organization”.

It’s not clear how many involved in the protests are from Antifa, according to the Associated Press. The American Civil Liberties Union said Mr Trump did not have the authority to make that declaration over domestic groups.

The President also used the opportunity to hit out at his rival at the November election, presumptive Democratic nominee Joe Biden:

We’re expecting to see an increased presence from the US National Guard in several cities as things move into the night in America.

Georgia Governor Brian Kemp has authorised the deployment of up to 3,000 troops to several cities.

In Minneapolis, it’s expected up to 11,000 National Guard troops will be moved into the city to enforce curfews.

Protesters are gathering near the White House

The ABC’s Washington bureau chief David Lipson is following a protest near the White House this morning. He says there have been a few minor incidents, but everyone is bracing for when the sun goes down in a few hours. Here’s David:

“There’s no moves right now by police to try to clear them out. I assume they’re trying to let them burn off some of the rage and fury now before it gets dark. Because if the last five nights is any indication, that’s when things will really get heated.”

Michael Jordan speaks out — ‘We have had enough’

Michael Jordan has added his voice to the many speaking out in the wake of the death fo George Floyd.

“I am deeply saddened, truly pained and plain angry. I see and feel everyone’s pain, outrage and frustration. I stand with those who are calling out the ingrained racism and violence towards people of colour in our country. We have had enough,” Jordan said in a statement.

You can see his full remarks below:

Hi there everyone. My name is Peter Marsh, and I’ll be here this morning to bring you the latest from the escalating protest situation in the United States.

It’s early Sunday afternoon in most of the US right now, and so we’ll be keeping watch as things move into the night. Later on, I’ll be joined by the ABC’s digital journalist in our Washington DC bureau Emily Olson.

Thanks for reading along.

Ford may build the Bronco R if race teams want it

2020 Jeep Gladiator Review: You can’t always get what you want