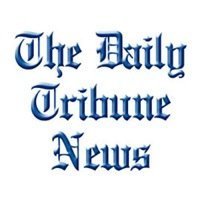 Traffic is back to pre-pandemic levels in most of Georgia, state Commissioner of Transportation Russell McMurry reported Thursday.

With the economy steadily reopening, the flow of cars and trucks along Georgia’s rural roads and interstate highways is back to normal, McMurry told members of the State Transportation Board during its monthly meeting Thursday. In fact, truck traffic is actually above normal in some parts of the state, he said.

Only in metro Atlanta is traffic still down significantly from levels seen before March, when the coronavirus pandemic hit the state and prompted Gov. Brian Kemp to issue a statewide stay-at-home order. That mandate has since been lifted for all but Georgians in long-term care facilities and those with chronic medical conditions.

Because the metro region accounts for such a large percentage of the vehicles plying Georgia highways, traffic flow statewide is still down 10% to 15% on average, McMurry said. Traffic across the state plummeted by up to half at the height of the economic lockdown.

McMurry said it’s still unclear how much the reopening of schools for the fall semester will affect traffic flows. He said he would know more by the time he reports back to the transportation board next month.

According to the state Department of Public Health, as of Thursday afternoon, Georgia has had 246,741 confirmed cases since the outbreak began, 22,880 hospitalizations and 4,904 deaths. Bartow County has had 2,159 confirmed cases since the beginning of the outbreak, 318 in the last two weeks. There have been 236 hospitalizations and 65 total deaths.

Georgia unemployment flat in July, but jobs are up

Georgia’s unemployment rate remained steady last month, but jobs and employment were on the upswing, the state Department of Labor reported Thursday.

Unemployment in July stood at 7.6% , the same as in June but more than double the 3.4% jobless rate in July of last year. The national unemployment rate last month was 10.2%.

After 17 consecutive weeks above 100,000, the number of initial unemployment claims filed in Georgia was less than 100,000 last week for the fourth straight week. First-time unemployment claims for the week ending Aug. 15 were 58,099, down 4,236 from the previous week.

The job sector accounting for the most claims during that period was accommodation and food services, with 832,068 claims. The health care and social assistance sector was next with 412,542 claims, followed by retail trade with 378,545.