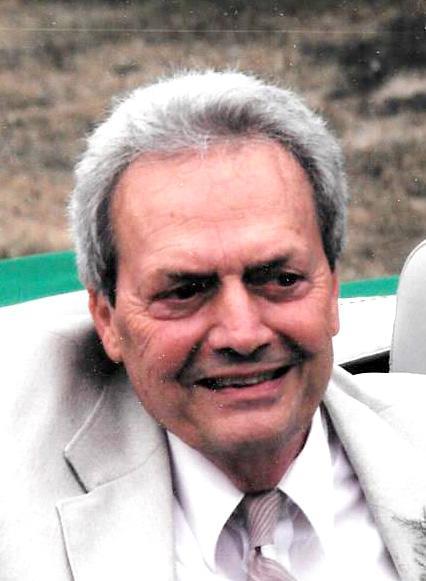 In 2010, I received a letter from Roger Applegate of Ohioville, who wrote that he was reading the book “Invasion Dairy” by Richard Tregaskisk, the noted World War II, Korean and Vietnam war correspondent. He is best known for his 1942 novel “Guadalcanal Diary,” which was later made into a movie.

He also covered WWII in Italy and in this book mentions crossing a pontoon bridge over the Volturno River near Limatola, where he saw a severely damaged truck. Across the side of the smashed driver’s compartment printed in neat yellow letters were the words, “Aliquippa, Pa.”

Applegate noted that no further mention of the subject was brought up in the book, and he was curious as to the origin of the name and what happened to the truck and the driver.

I was also curious about the situation and wrote an article about it on March 15, 2010. The following week, I was contacted by Rita Opsatnik Janicki of Center Township, who said the truck was named and driven by her dad, Andrew Opsatnik, then 89. Andrew Opsatnik, a true WWII hero, now 99, passed away on May 24, 2020.

To pay proper tribute to him, I am reprising portions of the article I wrote on March 22, 2010, about him and his service in Europe.

Andrew Opsatnik was one of seven children from a well-known and respected West Aliquippa family. He was 89 and lived in Center Township and had vivid memories of that incident.

In 1944, he volunteered his truck to take a 155mm howitzer and its crew across the pontoon bridge over the Volturno River, east of Naples. The truck hit a land mine and was badly damaged. He was seriously wounded and the only survivor of the demolished truck. He was unconscious for eight days and spent three months in a military hospital in Avellino.

The Aliquippa Gazette at that time reported that his parents had received word that Opsatnik, then 22, “had been awarded the Purple Heart and was in a military hospital somewhere in Italy. A later article from the Gazette noting his return home had the heading, ”Aliquippa Yank lucky to be back.”

I asked him why he had printed Aliquippa on the truck, and he said he hoped it would connect him to someone from the town or Beaver County, which it did.

I did the same thing aboard my Navy destroyer, printing “Aliquippa” on the back of my dungaree shirt. Nobody approached me from our area. One man from New York who became one of my closest friends wanted to know if I was Italian. I had to convince him the name was not Italian but the name of an Indian queen for whom our town was named.

The Italian war theater had two defining periods for Opsatnik. The near-death accident and one that truly changed his life. After recovering from his injuries, Andy took a trip to Rome with a fellow G.I. who went to visit his grandmother. It was there that he met Adriana Lattanzi, who came to the United States after the war and became his wife in 1947. It was a marriage that lasted for62 years until her death in 2009 and produced four children and three grandchildren. She was the first WWII foreign war bride to settle in West Aliquippa.

Andy Opsatnik was buried with full military honors at Mount Olivet Catholic cemetery, next to his beloved Adriana.

I recently posted on Facebook the story of Opsatnik, and one of the responses inquired whether there wasn’t an Opsatnik store in West Aliquippa. There was, and I muddled over the name of the owner for quite a time until it came back to me that it was owned by Paul Opsatnik, a brother who was well known for his civic activities through the area.

That also brought back a story from Dr. Richard Opsatnik, a prominent dentist in town and a nephew of the Opsatnik family. He told me that the family of Henry Mancini rented rooms above the store, and when it caught fire, the Mancinis had to move to a different site.

The store was restored, and the Mancini family found another home to live in.

Gino Piroli is an occasional community columnist for The Times.