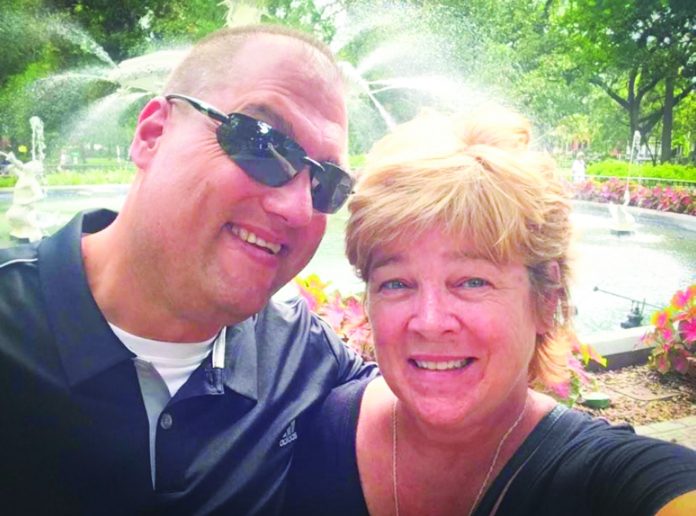 Gowanda Mayor David Smith has reflected on what it means to be an elected official.

Bob Cook, a writer, describes the meaning of community as “a group of people existing in a place that shares; a purpose, a sense of belonging, and communicate with each other.”

Smith seems to share that sentiment in his beliefs. He describes community in two parts: “co,” meaning with, and “munity,” meaning live. “It literally means living together with your neighbors,” Smith said.

Smith was elected to his mayor position in the village of Gowanda in 2017 and re-elected in 2019. In addition to being the mayor, Smith is also the assistant principal for the Gowanda middle and high schools, and has been there 18 years. He is dedicated to serving his community, even putting his own personal cellphone number out for those who need help in any way.

Smith serves his community in an abundance of different ways. He and his wife, Jill, serve the Gowanda community by not only doing paperwork in the office, but grunt work outside and in community homes. For years, they have helped the community by picking up trash, taking out old furniture and disposing of it using their own pickup truck. They also pick up brush to help out the Department of Public Works, when they cannot get to every house fast enough.

Smith also serves his community by mowing nine different lawns, whether they be in foreclosure or if the homeowners do not take proper care of the property.

“Do we let those lawns grow out of control? What about the neighbors next to them that care for their property and might want to sell someday that are having their property devalued?” Smith said. “I’ve got some time, I have a nice mower, what’s wrong with me that I can’t go do it? I’m just as capable as everybody else and I am a servant to my community.”

Smith and his wife support the community in a financial aspect as well, by holding garage sales and donating the money. The most recent event the Smiths held, which was the drive-through giveaway, took place at their own house. They gave away free milk, gift cards and other necessities.

“Everywhere you look in this village people are just willing to give to help each other out,” Smith said. “We think that our example as servants, serving as a public official, and doing it the way that we think is right has had a positive impact on this community.”

Jill Smith explained that her husband is so empowering to others and lends a good example for the community because he provides feedback and recognizes those who have done well.

“The thing that makes Dave good is that he always lets people know when they’ve done a good job,” Jill Smith said. “He always recognizes people and I think that’s a big deal.”

“People here care for one another and watch out for one another,” Smith said. “Us truly being a part of the community and helping where we can has provided a culture where other people want to step up and help too.”

“None of this would be possible without my team in the village,” Smith said. “Andy Burr, Carol Sheibly, Traci Hopkins, Danielle Wagner, have all worked so hard to square away the village’s finances. We’ve worked really hard, collectively as a team, to manage the money in Gowanda.”

Smith, always talking highly of his colleagues and fellow elected officials, thanked the Gowanda Village Board, Carol Sheibly, Paul Zimmerman, Wanda Koch and Aaron Markham, for always supporting him and working as a true team.

Though Gowanda is a very successful village, Smith explained that nothing will ever be perfect. “It’s not perfect, we (the board) have our things that we disagree on and we have our issues,” Smith said. “Much like this community, it’s not perfect either. We still have things to work on, like equipment, houses, and fireworks.”

Smith touched on the fact again, that the community is the most important part of the village. Always listening to ideas from the members of the community and implementing them, Smith believes that their ideas are just as good and important as his own.

“A lot of them have been here a lot longer than me,” Smith said. “It’s all about listening and doing the best you can.”

Truck drivers receive thanks for their working during pandemic