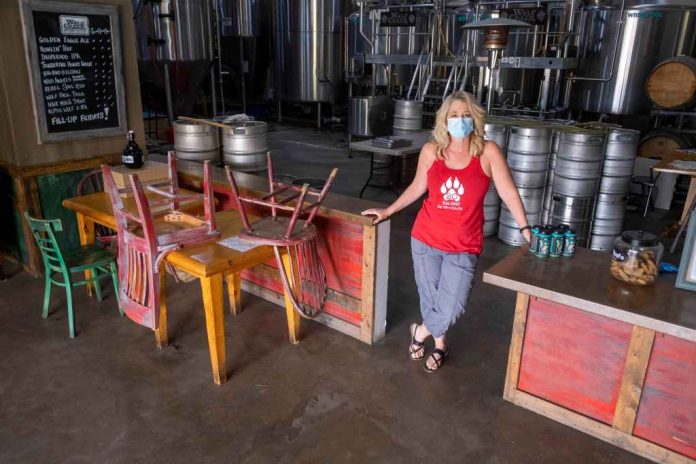 A new grant program will be rolled out — on a fast track — to help level the COVID-19 playing field for breweries and other small businesses that are caught between contradictory health orders issued by Los Angeles County and the state of California.

A motion by Los Angeles County Supervisor Janice Hahn, who represents the 4th District, was approved Tuesday, Sept. 15, by the board to establish a $10 million grant program to help businesses that have remained closed or restricted by L.A. County health officer orders despite being allowed to open under the state’s health order.

“I have heard from so many local breweries that are struggling to stay in business while following the county’s health order,” Hahn said in a written statement. “With our case numbers on the decline, I am hopeful it will be safe for them to fully reopen soon. But in the meantime, I want to get them the lifeline they need to make it through this crisis.”

Hahn’s office is hoping for a quick turnaround. A zoom call with a number of breweries was held on Wednesday, Sept. 16, to gauge needs and the hope, a Hahn aide said, is to have the program in place in the first week of October.

“There aren’t too many details, it’s still being finalized,” said David Holop, president of Brouwerij West in San Pedro.

The grant also would include other businesses, he said, such as wineries, card rooms and entertainment centers.

The move comes as a #SaveLABrewers campaign with support from 35 chambers of commerce, city councils and state and federal legislatures has lobbied lawmakers.

Breweries without permanent kitchens to serve food outdoors were relegated to providing delivery or pick-up orders only.

While the state allowed food trucks and other partnerships for food service for breweries to suffice to remain open, the county’s order was stricter and required an in-house kitchen approved by the Health Department.

“There’s definitely a frustration about why we’re not being the same (as restaurants or those with on-site kitchens),” Holop said. “Restaurants have a permit from the health department but we partnered with a food truck that also has a permit from the health department. We’d be happy to put some additional procedures in place if we’re required to do so.”

The brewery on 22nd Street was able to bring employees back who were let go right after the shutdowns in March, Holop said. “But that’s running out at this point,” he said.

Led by the L.A. Brewers Guild, the effort to seek changes in how breweries can operate is aimed at keeping them in business as owners navigate what has been already a severe financial crisis.

“The severity of the COVID-19 crisis was a shock to the entire world and has had an impact on the economy and our way of life that we never could have imagined,” a statement on the guild’s website reads. “Small businesses are struggling to survive, millions are without jobs, and we’re still fighting the small battles daily to push for people to respect social distancing and wear masks in public in order to reduce transmission.”

Holop said his business has been helped by doing wholesale with some of their product. But now that restaurants are re-opened, he said, the pick-up and delivery end of the pared-down business is hurting.

“It’s been tough,” he said. “In the last six months we’ve been open only three weeks. When everybody was at home, we did more delivery and pickup. But now that restaurants are open, our numbers are worse.

“We’re not asking for any special treatment, just equitable treatment,” Holop said. “If there was a good public health reasons to treat us differently than restaurants (fine), but no one’s really given one. (Instead), let’s put in place procedures or restrictions that address (the county’s) specific concerns.”

Motorcyclist dies in crash with dump truck in Bronx – New...