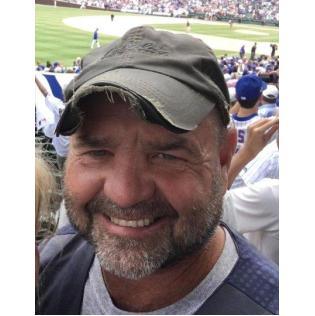 The other day I was driving through Ottawa and seen a new building under construction, along Jefferson Street and between Clinton and Fulton streets. As I looked at the four-story building, I couldn’t help but to reminisce to the early 1970s. Back then a similar building made of red brick was located at the other end of the block, where the current First National’s drive-thru bank is located; called the Ryburn Memorial Hospital.

Here are some of my memories of those buildings and some of the surrounding ones as well.

In August of 1973 I was a seventh-grade student at St. Columba School. Numerous kids including myself were chosen to partake in a mock disaster drill. This took place in the basement of Ottawa’s City Hall, which was located on the southwest corner of Madison and Clinton streets. Numerous people put fake “wounds” on us and then we were told to lie on the floor. The first responders arrived and attended to our “wounds”. Then onto a stretcher and into an ambulance, for our short ride to the emergency room, which was right across the street. Most of the kids, including myself, thought this was fun; anything to get out of school. Note: The ambulances back then were more like station wagons than the truck type used today.

In March 1971, a groundbreaking ceremony was held for a new hospital, which would be located east of Ottawa along Norris Drive. In April of 1974, all patients from Ryburn Memorial were transported to the new hospital, which was now called Community Hospital of Ottawa (CHO). The Ryburn Memorial Hospital which opened in 1895 was razed in December of 1974.

The nurses training facility and the Bailey-Walsh Funeral Home were razed as well. The latter built a new funeral home on the corner of La Salle and Washington streets, called the Ottawa Funeral Home. Prior to the demolition of the old funeral home, The Ottawa Jaycees held a haunted house there. They did a good job of scaring both young and old alike.

Looking north across Jefferson Street from that new building under construction was the Luminous Processes building. This was located between Clinton and Fulton streets and along Jefferson Street.

A bit of history: The Radium Dial Company originally from Chicago, moved their business to Ottawa and settled in the old Ottawa Township High School. This was located on the southeast corner of Columbus and Washington streets. The company was headed by a Mr. Joe Kelly Sr. and was in business from the early 1920s to the mid-1930s. Many women worked there, painting radioactive glow-in-the-dark numbers on watches and clocks. They were told to lick their brushes to a fine point and that the glowing radium was safe; which of course was extremely dangerous. By doing this numerous women got sick and unfortunately many passed away. This included my mom’s aunt, Cora Bruck. That company eventually closed and Mr. Kelly opened a new corporation, called Luminous Processes Inc.

The old building that housed the original Radium Dial Co. had other businesses in that location as well. A meat locker was in the basement and I think an insurance company on the main floor. Before that building was razed in the mid to late 1960s, my Dad took me in there, for he was doing some work for Martin Serena who was a contractor.

Many years after the Luminous Processes Building was razed, an eighth-grade student in Ottawa, named Madeline Piller proposed a statue in memory of those women who lost their lives. A life-size bronze statue was unveiled in 2011.

Again, from that new building under construction and looking to the northwest corner of Jefferson and Fulton streets was the Illinois Power Company. You could walk inside to pay your bill or drive under the canopy and pay at the window. Large spools of wire and the company’s trucks were parked behind the office, north towards Jackson Street. Today Fast Print is located in that building.

Looking west and located on the southwest corner of Jefferson and Fulton streets was a hardware store, which may have been Stiles’ Ace Hardware. After they closed a janitorial supply company was located there. Today it is Ottawa Slots.

The northwest corner of Madison and Fulton streets belonged to Illinois Bell. That building is made of brick and has very few windows. Back in the early 1970s they had an open house, and showed us what the future of telephones would be; this included looking at each other while speaking. Today many people have that feature on their mobile phones. That building is still there.

Looking south from the AT&T building and on the corner of Madison and Canal streets, was a sporting goods store called The Winners Circle. I think the proprietors were Larry Bruck and Gene Duffy. Many years later a video store was located in that building. Today it’s a grocery store, specializing in Mexican food.

Just east of the grocery store and on the same side of the road was the Ottawa Medical Center. Like most people in this area, I’ve been to a few doctors at that location. I would like to share a “funny” story of a doctor during one of my visits.

During my grade school years and in the summer, I was trimming some bushes with an electric hedge trimmer. The weather was getting bad and I was moving fast, maybe too fast, for I cut the end of my finger with the trimmer. My mom took me to the emergency room, where a young doctor cleaned the wound and proceeded to put eight stitches in a very small cut.

A few days later the wound became infected and my mom made an appointment for me at the old Ottawa Medical Center. We were seated in a small room and waited for a physician to come in. Finally a doctor walked in, who shall we say, had a few years on him. He was wearing a lab coat, a stethoscope hanging from his neck and a lit cigarette between his lips. As he examined my finger, which again was quite infected, he began to curse quite profoundly. He was mad at that young doctor’s choice to put eight stitches in such a small wound. Between the puffs of smoke and the cursing I heard the words incompetence and stupid. He then grabbed his scissors, made a few snips and proceeded to not only pull the stitches out, but the scab as well (ouch!!). A fresh band aid, a few coughs from the smoke and I was on my way.

The Medical Center built a new facility east of Ottawa on Norris Drive. The old medical center was then razed. Today it’s a parking lot.

Just east of the medical center and on the southwest corner of Madison and Clinton streets is Ottawa City Hall. Prior to that and before my time that building was U.S. Post Office. They in turn moved to a new location which was located on the southeast corner of Main and Canal streets. During the 1990s they built another building and moved to their new and current location on Etna Road.

Located on the southeast corner of Madison and Clinton streets and east of city hall was an eye doctor, by the name of Dr. Greenspan. After he retired Dr. Gelbuda took over and was there for many years. The two doctors were very nice, but unfortunately both men have passed away.

The northeast corner of Madison and Clinton streets is Corner 230, which is a fine restaurant/bar. I do not recall what was located there prior to C 230, but east of there was a pharmacy. The building next to that was Dr.’s Neufeld and Meierhoffer.

The parking lot on the southeast corner of Jefferson and Clinton streets has been there since I was a kid.

Since April of 2000 Home Hardware has been located on that same northeast corner of Jefferson and Clinton streets.

I hope this jarred some memories and informed both young and new people to the area; of some history based around a new building which is still under construction.

Be safe everyone, hope to see you all soon.

Overturned Truck On Rt. 22: Top News Of Week In Bridgewater

Do Soldiers Dream Of Electric Trucks?