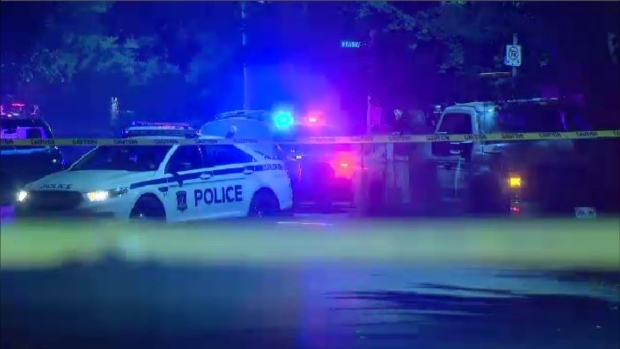 HALIFAX —
Halifax police have charged a Reserve Mines, N.S., man with several offences after his arrested that included an “officer-involved shooting,” according to the director of Nova Scotia’s police watchdog.

Police say they have charged 30-year-old Kevin Joseph Brezuk, with the following charges:

Felix Cacchione, the director of Nova Scotia’s Serious Incident Response Team said SIRT is investigating the shooting. That investigation is separate from the police investigation.

Police say they received a report of a stolen vehicle and tracked it down in the south end of Halifax near the campus of Dalhousie University.

When officers converged on the vehicle and tried to box it in, police say the driver put the truck in reverse and rammed into a police vehicle.

Things escalated from there.

“A shot was fired by one of the officers,” said Cacchione. “The affected party was struck … non-life-threatening injuries.”

The suspect’s vehicle came to a stop after it struck a tree and the driver was arrested at the scene and taken to hospital. He was treated for a gunshot wound and released from hospital.