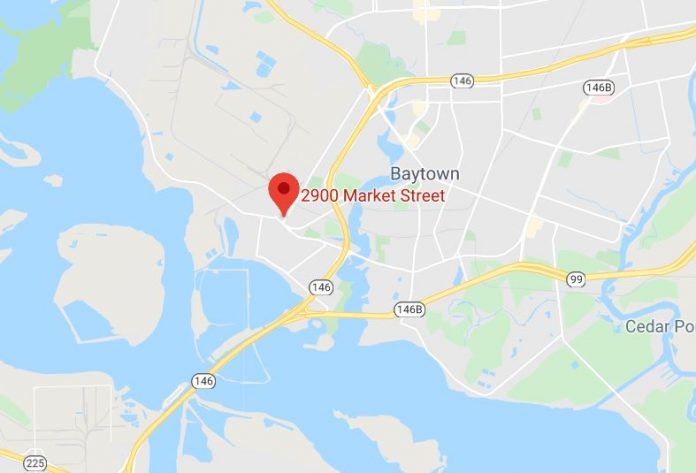 A Baytown man whose arrest was captured Tuesday in a viral video will have one of his charges dropped, according to the Harris County district attorney’s office.

Skylar Gilmore, 24, was charged with interfering with public duties after allegedly using profane language towards two police officers arresting one of his friends at a Baytown convenience store. Gilmore’s arrest was recorded by a friend and emerged Wednesday on social media.

In the video, Baytown Officer Nathaniel Brown can be seen crossing the parking lot to the store’s front and approaching Gilmore, who is on the phone. Brown then throws Gilmore on the ground, ripping his shirt off, and kneeing him in the head.

Dane Schiller, a spokesman for the Harris County district attorney’s office, said in a statement that the viral video is what led to prosecutors dropping the charge against Gilmore.

“After reviewing video evidence in the matter, prosecutors quickly determined the charge was not warranted; there was no evidence (Gilmore) committed a crime, and there was no reason for him to continue to be burdened with the charge,” Schiller said.

In a statement, the Baytown Police Department said the incident was referred by the police chief to its Internal Affairs Division to “conduct a complete and thorough review of the incident.”

In a phone interview Thursday, Gilmore said he was pleased that Harris County dropped the charge and that he plans to fight the disorderly conduct charge as well. “I don’t feel vindicated about the whole situation,” Gilmore added.

The incident happened Tuesday evening in the parking lot of the Baytown Market Convenience Store in the 2900 block of Market Street. Officers pulled over Jostin Moore, 23, for unspecified traffic violations and an outstanding warrant from Deer Park.

Gilmore and Phillips, were in a car following Moore when he was stopped. They pulled over in the store’s parking lot while the officers searched Moore’s car.

During the course of Moore’s arrest, Baytwon police officials said Gilmore and Phillips began using profanities from a distance.

A second officer confronts Phillips, who was also in front of the store. After Brown handcuffs Gilmore, he approaches Phillips and slams his head on the hood of Gilmore’s truck, eventually arresting him.

In a phone interview Wednesday, Gilmore said the officers misunderstood him by confusing his conversation with his friend on the phone as being directed towards them.

“I guess the police thought I was being vulgar towards them and they came to arrest me,” Gilmore said. “I pulled away just a little bit but when I realized what was going on I put both of my hands down, and that’s when Officer Brown proceeded to throw me into the wall.”

Gilmore said he believes Brown approached him because he overheard him talking to his friend, Dajone Mitchell, on the phone that Brown was the subject of a previous complaint. In January 2019, Ralpheal White filed a complaint with the Baytown Police Department after his encounter with Brown and a police K-9 in January 2019 landed him in the hospital.

In the wake of the Tuesday incident, Gilmore and Phillips said they planned to file formal complaints with the police department and were also looking into hiring a lawyer and possibly filing a lawsuit against the department.

Samantha Ketterer contributed to this report.

‘The car you buy because you love driving’ – The Virginian-Pilot...