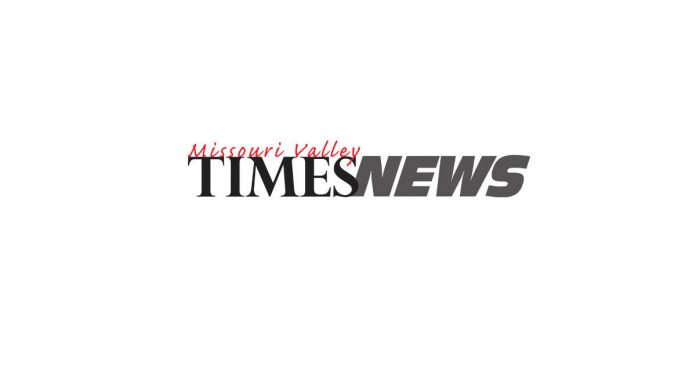 Deputy Kline responded to a family dispute on Loess Hill Trail. The conflict was with a father and daughter and discipline issues. The incident will be forwarded to DHS.

Deputy Sieck assisted the Iowa State Patrol with an accident on I-29 which resulted in the death of a construction worker. A tire had come off a pickup striking the subject.

Deputies McMurray and Lieber were involved in a vehicle pursuit on Hwy 30 that ended with the vehicle disabled west of Logan after driving thru a corn field and  a fence. Several juveniles were taken into custody.

Deputy Lieber was advised of a dog bite on Liberty Ave. A neighbor dog had gotten loose and bit the complainants. Dog. The neighbors were going to work out the damages.

Deputy Klutts is investigating damage done to a building in Pisgah. Damage was done to a door.

Deputy Klutts took a report of an accident on Austin Avenue and Enfield Trail in Harrison County. Rex Abbey, driving a 2001 Suzuki motorcycle, was northbound on Austin Avenue south of enfield Trail when Abbey left the roadway for an unknown reason, struck a road sign, and then came to rest after traveling 295 feet. Abbey was flown by medical helicopter to Nebraska Medicine.

Deputy Lieber took a report of an accident at 2083 194th Street in Mondamin. David Beck, driving a 1991 Chevy truck, pulled into an elevated driveway. Beck exited the vehicle, vehicle was out of gear and started to roll backwards down the driveway, he followed next to the vehicle to try and stop it. The vehicle knocked Beck over which caused him to fall and hit his head on the driveway. Truck continued into the ditch where it stopped. Beck was driven to the hospital by his spouse who was home.

Deputy Knickman responded to Mondamin for damage done to vehicles by a tree falling from a sudden wind storm. The incident occurred on private property.

Deputy Knickman is investigating the attempted theft of gas from a vehicle parked in Little Sioux. It is not known if a theft occurred.

Deputy Kline took a report of an accident on U.S. Highway 30 in Harrison County. Sharry Ringler, driving a 2002 Jeep Grand Cherokee, was travelling westbound on U.S. Highway 30 and was approaching road construction lane closure stop sign to wait for pilot car. Jacob Liston, driving a 2016 Chevy Spark, was traveling westbound on U.S. Highway 30. Liston approached Ringler slowing down for stop and could not get stopped. Liston struck Ringler in the back passenger side tail light area causing minor damage.  Both parties uninjured. Liston was cited for failure to stop in assured clear distance.

Deputy Kline took a report of an accident on 153rd Street in Woodbine. Russell Feller, driving a 2003 Dodge Ram 2500 with trailer, said he hit a wash out in the road surface and trailer lost traction and then jackknifed. Trailer was loaded and rolled over. The truck and trailer were removed from the scene before arrival of deputy.

Deputy Kline took an accident report where Russell Feller was traveling west bound on 153rd St. in a 2003 Dodge Ram pulling a loaded trailer when he hit a wash out in the road surface. The trailer lost traction, jackknifed, and rolled over into the south ditch. Trailer was removed from the scene. No injuries reported.

Deputies Klutts and Lieber responded to a residence on Osage Trail for a welfare check. The subject was located and was fine.

Deputies Lieber and Klutts responded to an ongoing trespass complaint in Little Sioux. A property has been entered on several occasions causing damage to the property. We will be increasing patrols in the area.

Deputy Klutts assisted a subject in Pisgah with a dispute over a lawn mower that was loaned to a friend who loaned it to their friend. They were referred to civil court.

Sheriff Sears and Deputies Klutts and Doiel responded to Magnolia for a subject found to be deceased in his home. Nothing suspicious was noted and the cause of death was accidental.

Deputy Denton checked on an open door on south Main in Modale for an open door. A Pitt Bull was found in the residence. The owner was advised of the Modale ordinance banning those dogs. They advised they will have the dog removed in the next week.

Deputy Klutts is investigating the theft of a trailer from a shed off Hwy 30. The trailer has been entered as stolen.

Deputies Knickman and Lieber responded to the rock quarry east of Logan for a reported gathering of teenagers. The group was located and told to move on.

Deputy Knickman is investigating a reported assault that occurred in Modale. The assault was not reported until the following day. Alcohol was a factor, charges are pending if the proper statements are provided.

Deputy Klutts took an accident report where Jason Richey was traveling southbound on Loess Hills Trl. in a 2018 Peterbilt truck, when it struck the railroad overpass. Richey failed to follow the signs posted on the overpass.

Deputy Kline was advised of threats made thru text messages to a subject in Pisgah. The conflict was over a lawn mower that was not returned. All parties concerned were told to stop texting each other. No further action was taken.

Deputy Sieck responded to Mondamin for suspicious activity around a residence. A neighbor advised everything was fine family members had been cleaning up around the house.

Deputy Sieck responded to a residence on Fieldcrest for a report of an unwanted guest. After some discussion the caller was advised he needed to start a civil process o have the subject removed from the property.

Deputy Kline is investigating an assault that occurred between family members. No charges were requested but wanted to report in incident.

ANY CRIMINAL CHARGE IS MERELY AN ACCUSATION AND THE DEFENDANT IS PRESUMED INNOCENT UNTIL AND UNLESS PROVEN -GUILTY.

These 10 Trucks Will Spend More Time With The Mechanic Than...