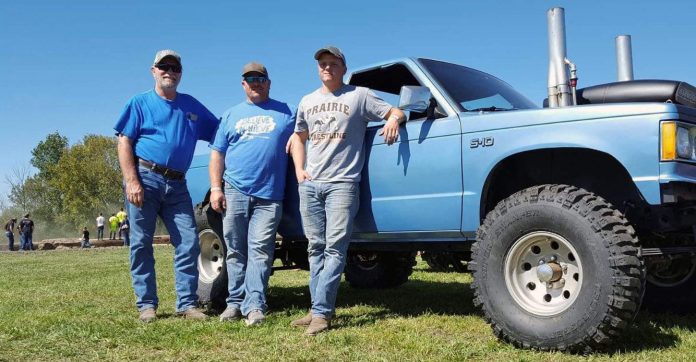 CEDAR RAPIDS — With Iowans craving normalcy and a return to their regular routines, it’s vital restaurants, theaters and sports venues are diligent before allowing the masses to return.

That’s the approach Hawkeye Downs Speedway is utilizing Friday by holding off one more week before premiering its 2020 season on June 12.

“It’s a combination of things,” said Caleb Slouha, public relations and media manager for Hawkeye Downs. “To put it simply, we didn’t feel like we were quite ready to welcome fans back yet. After the Saturday Special, we found a couple of things that we think we could improve before we have fans back. Also, with social distancing, we haven’t had enough time for all of the drivers to get their gear inspected and get a proper amount of practice time.

“Overall we just want to make sure that when we do go, we are ready to go and it’s a good experience for everyone involved.”

The Downs will have a practice session Friday night, giving drivers the chance to get registered and inspected, especially the newer drivers.

“It’s a good time for them to ask questions and test their cars,” Slouha said.

One event that will run this weekend at the local track — since it draws a much smaller crowd — is the East Central Iowa Mud Racing.

ECIMR will make its debut Saturday at noon with the event running for several hours and fans allowed to attend.

“We were getting more local trucks that wanted to compete locally,” said Shayne Morton, who serves as director. “We just organized as a group and decided to approach Hawkeye Downs for some events there.”

“It’s a single vehicle going down a 200 foot long straight track,” Morton said. “They are four-wheel drive with the majority of the parts initially intended for street use but with many modified at some point.”

Basically it’s a lot of fast, high-powered trucks that finish the course in two to three seconds.

This type of excitement has bonded several local families around the sport, including tri-generational competitors such as the Morton and Ealy families.

The Ealy team mostly resides in Ely and consists of father Ted, a Texas-bound snowbird each winter who returns each spring to help his son, Dan, and his grandson, Hunter, race trucks in the mud.

Dan started truck pulling in 1993 with some buddies and quickly accepted his father’s advice after “struggling to figure some things out.”

The family traveled to fairs and events around the Midwest, showcasing their successful “Beg, Borrow or Steal” named racer.

Then Dan married Wendee and the pair focused on raising three children — Hunter, Abbey and Chloe.

Once Hunter turned 18, the group decided to venture back into motor sports.

Hunter, who is enlisted in the Army National Guard, was recently deployed and, although it’s considered a “safe” mission, the combat engineer will have to be overseas and away from his family until May of 2021.

“We finished up the truck because we wanted Hunter to be able to test it and drive it with the new motor,” Dan said. “It ran really well and we’re looking forward to a good season, but I don’t know how good it will do with me driving. At first I would beat Hunter, but he’s really learned a lot and is definitely a better driver than me.”

Regardless of results, this season will be special for the original father/son duo as they keep the seat warm for the youngest Ealy driver upon his return next year.

“It means a lot to have that bond with my son that I had with my father,” Dan said. “My father was my best friend through motor sports and I hope I have that same bond with my son. You learn a lot of things working together and building stuff and it’s just a family thing.”

My day as a garbage collector