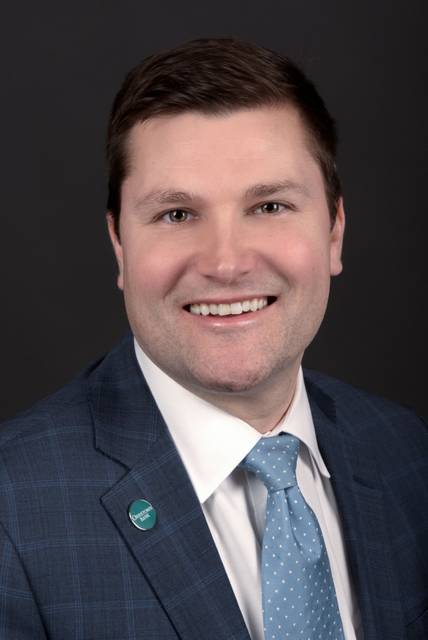 Bernstein, 41, is executive vice president and chief retail and communications officer of Orrstown Bank in Harrisburg. He was part of an event hosted April 30 by President Trump that included small business owners from across the country.

The group discussed the significant impact that the U.S. Small Business Administration’s (SBA) Paycheck Protection Program is having on their businesses and their ability to continue operations during this extraordinary time.

Bernstein was invited to speak at the event about the role that community banks are playing in delivering these much-needed funds to this important segment of our economy. Bernstein, along with other small business leaders, met with Trump in the Oval Office.

As an approved SBA lender, through the first round of the PPP, Orrstown Bank has assisted nearly 1,500 businesses throughout the region in obtaining more than $370 million in funding approvals through the Paycheck Protection Program.

According to S&P Global Market Intelligence, Orrstown Bank ranked ninth in the nation among all banks in PPP loans approved in the first round of funding as a percentage of their total loans. Orrstown continues to assist businesses in applying for the second round of funding recently approved by Congress.

“It was an incredible honor to represent Orrstown at the White House, and share our story with the president and the nation,” Bernstein said. “Our story is about people working together, around the clock, to assist one another during these extraordinarily difficult times.”

Bernstein said the Paycheck Protection Program is not just about Orrstown.

“It’s not about banks; it’s about people,” Bernstein said. “Our story goes beyond our talented team and extends to the communities we serve, and includes every single small business and employee that we have been able to support. Since the initial launch of the Paycheck Protection Program, community banks like Orrstown have been leading the way in helping communities navigate through these uncharted waters and access the funds they need to support their operations.”

Orrstown Bank is based in the Harrisburg area, with 32 branches located throughout central Pennsylvania and Maryland.

Bernstein grew up in the Hazleton area in Conyngham and graduated from Hazleton Area High School in 1997. He was All-Conference in the Wyoming Valley Conference in both cross country and track in his sophomore, junior and senior years.

In his junior and senior years, Bernstein was undefeated in the head-to-head meets in the conference and had many cross country records.

Bernstein’s family still lives in the Hazleton area. His mom, Elizabeth, and dad, Richard, currently live in Sugarloaf Township, as does his sister, Beth Bernstein Topolski, and brother, Rick. Another sister, Kami, lives in the Philadelphia area. His dad is still a practicing attorney in Hazleton

Bernstein was also appointed by U.S. President George W. Bush to serve as a special adviser in domestic finance at the U.S. Department of the Treasury, where he was instrumental in drafting the National Strategy for Financial Literacy.

Additionally, Bernstein is an active member of his community, serving on several boards and committees.

He is a graduate of Dickinson College and he attended the U.S. Naval War College. He also completed the Duke Leadership Program at Duke University’s Fuqua School of Business.

Luke and his wife, Meg, have two young children and live in Enola, where he is an active youth sports coach and community volunteer.

Ready to rev up: Macomb manufacturing plants prep for return |...