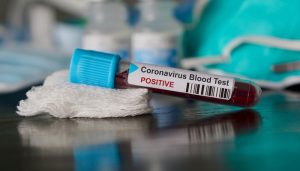 Continued industry uncertainty, length of time for businesses to recover and the threat of a second wave of coronavirus infections were three of the dominant themes during the Heavy Duty Manufacturers Association’s (HDMA) webinar held Wednesday.

“Far and away the most important consideration is there’s just a tremendous amount of uncertainty right now driven largely by [COVID-19] and the impact it’s having not just on our economy but around the globe,” said Steve Tam, vice president, ACT Research. “There is an end in sight. We are making progress toward developing a vaccine but we are also concerned about the possibility of a second wave of infections as economies begin to restart.”

The economy already was struggling pre-coronavirus and Class 8 truck production was forecasted last December to be 25 percent lower this year compared with 2019, Tam said.

“COVID-19 changed those expectations dramatically. At the beginning of this pandemic there were a lot of different theories as to how it was going to progress … and the reality is it hard and it hit fast and it’s going to take time for us to repair the damage that was done in a very short period of time,” he said.

However, Tam added, what will help the industry return is “pent up replacement demand as carriers had cut back budgets and delayed or at least deferred replacement of equipment that needs to be replaced.”

While the impact of COVID-19 cannot be ignored, Tam said a theme is starting to emerge not just in consumer confidence or in the economic data, but in the trucking industry as well.

“We are seeing all around the economy pieces of good news, if you will. There are little silver linings peppered through the data and indicators we look at. That’s one of things that suggests we found the bottom and things are starting to improve,” he said. “Granted, that improvement is going to take some time to get back to pre-COVID levels. Nonetheless, it would appear as though we’re going to see things progress rather than deteriorate as we move forward.” Class 8 truck orders in May increase compared with weak April

With little place else to go but up, preliminary North American Class 8 net orders for May were up 56 percent and 61 percent from …

Among them are virus testing and contact tracing, configuring manufacturing operations and general working conditions to ensure the safety of workers, a plan in case a worker contracts the virus and how consumers are going to behave in light of the current unemployment situation. “We have to get folks back to work to restart consumption; it’s plain and simple,” he said.

As part of the webinar, Richard Anderson, HDMA director, market research and analysis​, addressed the latest preliminary Pulse Survey results from its members.

Suppliers are facing a second quarter decrease in business plan of 48 percent on average. “We see this number slip every time we run the question. As the pandemic wears on, the impact becomes greater to overcome in this quarter,” Anderson said.

The survey also indicates the supply chain is, for the most part, not under stress. Inbound delays are now at only 4.83 days and outbound delays are at 4.85, but this likely is a reflection of lower order levels.

“We don’t expect these metric levels to stay stable. How the economy and our sector recovers is unknown. It’s unlikely to be perfectly smooth, so there will be difficult times for suppliers,” Anderson said. “There will be times when outbound delays exceed inbound delays, most likely, just because of the nature of recovery. But a lot really does depend on how the restrictions for business are lifted. If they are lifted very suddenly, we could see a big blockage in the supply chain.” The survey also asked suppliers’ level of concern over a second wave of virus infections.

“A huge percentage of our members (84 percent) believe there is a moderate or higher risk for a second wave of COVID-19 infections, meaning the work they’re doing now is something they plan to do long term. The danger for further infection is real and is something in our suppliers’ plans to handle,” Anderson said.

When suppliers were asked to rank the No. 1 challenge to restarting normal business operations, accuracy of production and demand forecasts again topped the list at 61 percent. Placing a distant second, yet still causing considerable concern (26 percent), was business cash flow.

“As we have seen in the past three surveys, the No. 1 concern is clearly the accuracy of production and demand forecasts. [Also] we’ve really seen a rise in cashflow concerns. Orders are way down, as we know. But coupled with this lack of forecast accuracy, it compounds the difficulties of balancing the workforce and facility requirement to the demand levels,” Anderson said.