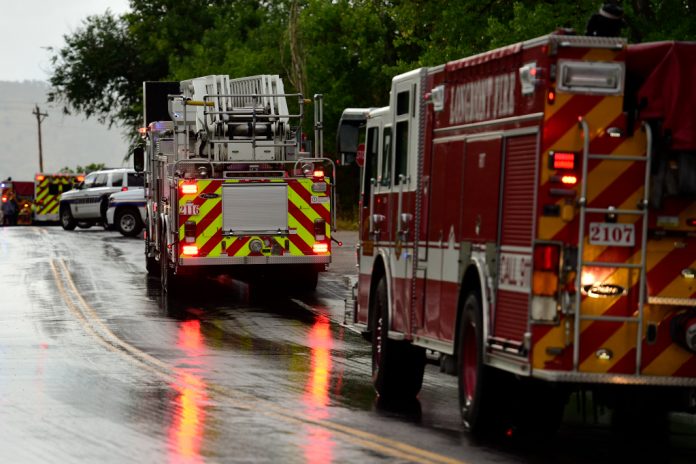 A fatal crash that left one person dead Friday west of Longmont remains under investigation.

The crash occurred about 5:20 p.m. in the 9800 block of North 51st St. and involved a dump truck, a convertible and a house. According to Colorado State Patrol Cpl. Ivan Alvarado the dump truck went head on into the convertible. The dump truck then “continued into a house,” Alvarado said.

One person was pronounced dead at the scene. As of Saturday afternoon, Alvarado was unable to confirm who had died in the crash. According to prior reports, the dump truck driver and passenger were taken to a hospital with serious bodily injuries. The passenger of the vehicle was taken to the hospital with moderate injuries. No one in the house was injured, Alvarado said.

Nelson Road was closed between 55th and 39th streets for an “extended period of time.” Alvarado was not sure how long the road had been closed.

Colorado State Patrol Master Trooper Gary Butler said Friday while the crash was under investigation, the dump truck is suspected to have caused the crash. It isn’t yet known whether rain was a factor in the collision, Alvarado said.

The crash remains under investigation by the Colorado State Patrol. Authorities will also determine whether to issue charges for the collision.

Local school boards declare emergency; what does it mean? | Times...

BUZZER-BEATER: Anunoby and Lowry give Raptors a new life

Truck Volume Scanner Market Grow at Exceptional Rate During 2020 to...