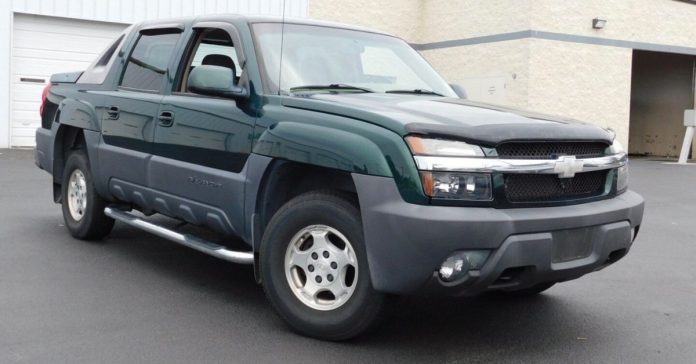 It’s no secret that Americans have a thing for trucks; in 2019, the three best selling vehicles in the country were trucks. In third place, as the best selling vehicle was the Chevrolet Silverado, in second place, the Ram 1500 and in first place for the 38th consecutive year, the Ford F-150.

Since full-size trucks are bestsellers, Ford, Dodge, and Chevrolet work a lot on them; they spend years developing and doing a great job when it comes to attention to detail, features, power, and practicality. However, they sometimes fail.

With some exemptions, full-size trucks tend to be reliable and quite good overall. Most of the trucks on this list were just the result of automakers trying to reinvent trucks, or to reach to a new side of the market. Which they failed to do. Here are the worst pickup trucks Ford, Dodge, and Chevy ever produced.

The F-150 is the best selling truck in the history of the world. And it is known to be very reliable. However, the 2004 model came with tons of problems, including gas tank straps that would detach from the undercarriage. For which to fix this problem, Ford recalled more than one million of these trucks.

Related: These Are The Best-Selling Pickup Trucks Ever That AREN’T The Ford F-150

The 1999 Ford Ranger might be one of the worst trucks produced by Ford in a long time; it just wasn’t up to the standards of Ford trucks’ reliability. Some of the problems consisted of erratic engine gauges. Problem that costs around $3,500 to fix, as well as some transmission issues.

Ford Ranger: These Are The Best-Selling Pickup Trucks Ever That AREN’T The Ford F-150

The Sport Trac was the truck version of the Explorer, which is a great vehicle. The thing with this truck is that it lacks the practicality of an SUV, and since the bed was pretty short, it lacked the practicality of a truck too. With a pricing above the F-150, it wasn’t really a good option.

The 1957 Ranchero had one big problem: it was too big for a coupe utility (that’s the correct category name for this style of truck). And even though it was big, it didn’t have the practicality of a big truck. This model only lasted for two years, after being replaced by the second generation Ranchero that was way smaller.

The second generation of the Dakota was one of the best mid-size trucks at the time; however, when the third generation came out in 2006, it all went downhill. This third-gen wasn’t very reliable, its styling felt outdated, and it was overpriced. The 2000s in general, were pretty bad for American mid-size trucks, maybe because they were terrible, or because the Toyota Tacoma was so good.

According to consumer reports, the 2018 Ram 3500 was the ‘’least reliable vehicle you could buy.’’ Although modern RAM trucks are quite good and reliable, this specific model year had all sorts of problems, from annoying noises and leaking fluids, to costly problems in the suspension and steering.

The Dude was just a Dodge D100 with some decals. And although the D100 was a pretty decent vehicle, the extra money for the stickers and the ‘’Dude’’ name was not worthy. It was only sold for one year. Dodge brought back the ”Dude” name on a concept edition of the Durango.

The RAM Daytona was a limited edition RAM 1500 that came with a lower suspension and a Hemi V8. It wasn’t as powerful as the RAM SRT-10 That had a v10 borrowed from the viper. The Daytona was just in between, it wasn’t the best performance pick up truck out there, and its suspension made it very unpractical as a truck.

Related: 15 Dodge Ram Mods That Left Us Scratching Our Heads

The Ramcharger was a pretty decent truck; however, at the time, ford and Chevrolet had better options. One of the cool things the Ramcharger had was that the passenger seat was optional, so if you wanted more space for loading stuff, you had it, a feature that is unthinkable in today’s truck market.

Chevy trucks around those years were pretty good, except this one with the Diesel 5.7 Liter V8, which delivered only 125 horsepower. This engine was borrowed from Oldsmobile, and it was extremely unreliable. It had all sorts of problems, including emission problems as well as major head gasket issues.

At the beginning of the 2000s there was a wave of retro-styled vehicles, the Chrysler PT Cruiser, the Ford GT, and the Mustang were some relatively successful examples, while GM attempt to this trend failed miserably with the SSR. It’s not a bad vehicle, but it wasn’t practical enough to be a truck, nor it had a good performance to be considered a fun car either.

The 2007 Silverado is a good looking truck; its design holds up to this day. The big problem they have is that they start consuming a lot of oil. The solution, in most cases, has been to change the engine, a $6500/$7000 repair. Besides this big problem, the Silverado is still quite good.

Chevrolet’s idea for the Avalanche was to combine the luxury and comfort of a suburban, and the practicality of a Silverado. However, it failed. The bed wasn’t big enough to carry anything, and the comfort was compromised by its design. Besides this, it came with tons of reliability issues.

The Corvair was a beautiful vehicle in all its forms and shapes (it came as a wagon, as a coupe, and as a sedan), and it was a sales success. In 1961 Chevrolet also made a Corvair truck, but that one didn’t go that well. People just didn’t like it, Chevrolet sold less than 4000 units of this truck.

Next: 10 SUVs That Are Faster Than Most Sports Cars (And 5 That Are Painfully Slow)


Next
Is Rick Ross’ Car Collection Better Than 50 Cent’s? You Be The Judge

Augusto Bove is an International Commerce graduate based in Montevideo Uruguay.
He’s been obsessed with cars since he was a kid. Expert on international automotive markets. Frustrated designer. Dad of 2 puppies. Always looking for a new place to hike.

Looking For A Used Pickup Truck? Avoid These Models