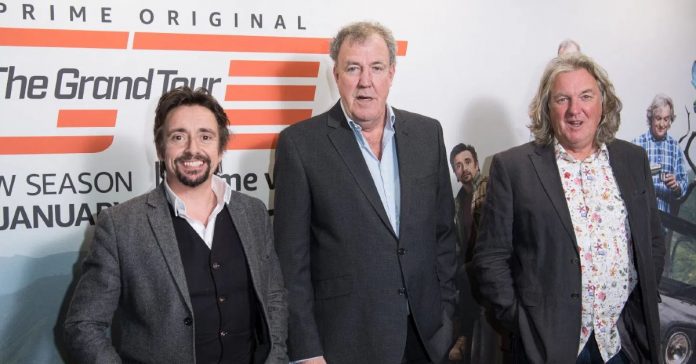 Here are three qualified candidates who may just be able to keep The Grand Tour magic alive once the torch is passed.

All good things must come to an end, especially when old age intervenes. The iconic trio of Jeremy Clarkson, Richard Hammond, and James May have been entertaining car enthusiasts from all over the world since 2003 – firstly on Top Gear, and then on The Grand Tour.

But, with two of the presenters quickly approaching their 60s, it’s unsurprising that thoughts have turned to who might succeed their throne once the inevitable retirement occurs. The Grand Tour had already bid farewell to studio segments, a sign that the end indeed may be near for the show as a whole.

And yet, supposing the series does somehow continue, who at present time is best suited to step into those unenviably large shoes – with all due respect to Richard Hammond.

Continue scrolling to keep reading
Click the button below to start this article in quick view.

Here then, are three qualified candidates who may just be able to keep The Grand Tour magic alive once the torch is passed.

The Iconic Trio Won’t Be On Our Screens Forever

They have been the global face of motoring for almost two decades, but, as sad as it may be to hear, the current Grand Tour hosts may soon decide to break up the band for good. Last year, at the end of Series Three, they hinted that the end was indeed nigh by stopping the popular studio segments of the show, with the remaining episodes set to be one-off adventures.

James May has spoken of being too old for fast cars, Hammond had been seriously injured twice while filming, while Clarkson is currently transitioning into a full-time farmer. The writing is seemingly on the wall, and while nobody can ever truly replace them (see Chris Evans and Matt LeBlanc on Top Gear), we think the following three could have a decent shot at continuing the Grand Tour’s success moving forwards.

RELATED: The One Thing Top Gear Does Better Than The Grand Tour

We begin with a motor-racing icon, as Danica Patrick has grown into something of a media figure since retirement in 2018. She’s a household name, internationally respected, and knows her cars. This would also be a historic appointment, as it would make Patrick the first full-time female presenter on either Top Gear or The Grand Tour. In her time as a highly successful IndyCar driver, she became the first female to win a series race in 2008.

While driving in NASCAR and IndyCar, Patrick also managed to fit in a number of small-screen appearances away from the track. She was involved in the making of the show Powerblock, whilst also featuring as a guest star on CSI: NY and The Simpsons. The Grand Tour would represent a big step up, but an appropriate one, given her expertise.

RELATED: 15 Secrets We Just Found Out About The Grand Tour

While slightly less known to the average car enthusiast than Patrick, Cammisa seemingly has all the credentials one would need in order to become a full-time Grand Tour host. Coming from a journalistic background, he’s more than qualified to talk cars with authority, having written for the likes of Automobile Magazine, Road and Truck Magazine, and Motor Trend Magazine. He also has extensive television experience, having hosted Ignition and Head To Head since 2012.

In addition, Camissa has already built up an online following, mainly due to his involvement in the ISSIMI YouTube channel. The ISSIMI group posses an extensive car collection, ranging from modern supercars to Rallysport icons, to all American classics. As host, Camissa has tested just about all of them, with his personable on-screen demeanor shining through from the outset. Furthermore, his experience as a stunt driver could also see him attempt daring feats that none of the original Grand Tour hosts could manage without sustaining a hideous injury.

Finally, we come to the comic relief. A big reason for Top Gear’s, and The Grand Tour’s success, was the humor and banter that was shared between the three presenters. Patrick and Camissa know their cars, but for on-screen charisma, one man The Grand Tour could turn to is Dax Shepard. Shepard is a much-loved actor, director, and podcast host, amongst other things.

He currently hosts the Armchair Expert podcast, where his likability is immediately obvious. But don’t let his work in showbiz fool you – Dax most certainly knows his cars. So much so in fact, that Top Gear USA recently brought him onboard as a regular presenter. Technically, he isn’t currently available. But by the time Clarkson, Hammond, and May finally depart our screens, he could be ready to inherit the biggest and best job in all of automotive journalism.

Whether The Grand Tour can survive beyond its current hosts remains to be seen. But it must be stated that, despite early difficulties, Top Gear has managed to remain relevant and popular, even beyond Clarkson’s tenure. Perhaps The Grand Tour could follow suit in the years and decades to come.

NEXT: Why Top Gear’s Chris Harris Was Banned From Driving Ferraris

This Mercedes Doesn’t Deserve The Badge

UMD Joins Other Colleges In Divesting From Federal Program That Gives...