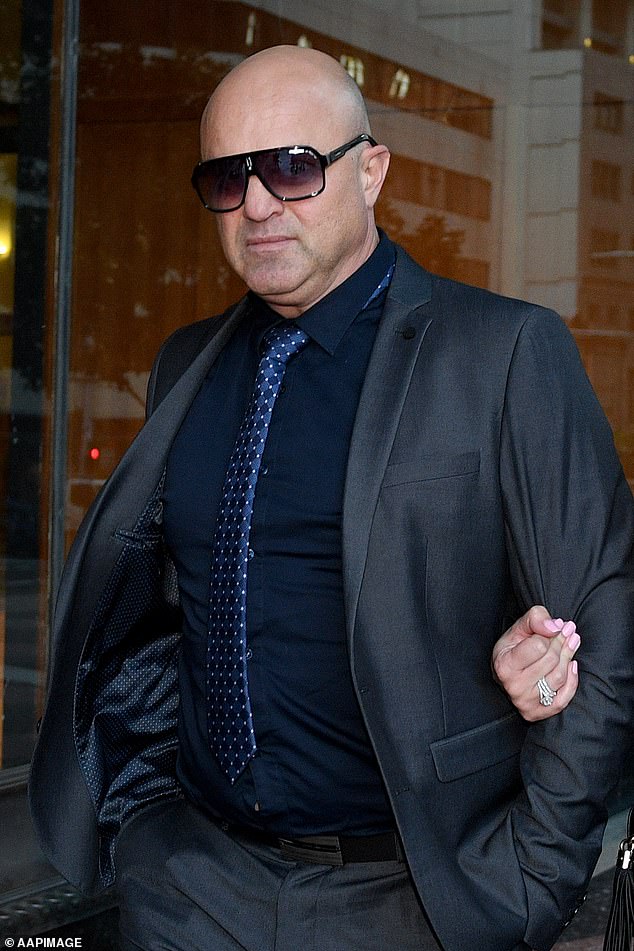 Graphic video footage of a tipper-truck driver running over a 16-year-old boy at a busy Sydney intersection has been played before a jury.

George Kyriakidis, 45, has been charged with dangerous driving occasioning death, along with negligent driving and not keeping left of a median strip and motor vehicle.

The Panania man is fighting the charges in the Downing Centre District Court, where the jury on Tuesday watched the final moments of the young boy’s life.

George Kyriakidis, 45, has been charged with dangerous driving occasioning death, along with negligent driving and not keeping left of a median strip and motor vehicle

In August 2018, Kyriakidis was driving through peak-hour traffic in suburban Bankstown when he stopped behind a car.

‘For reasons unknown the accused decided to perform a manoeuvre which saw him cross onto a painted island on the road …then perform an illegal entry into Edward Street,’ the Crown told the court.

At the same time, the teenager who was on his way home from school ‘ran from his position on a nature strip’ to reach the painted island.

CCTV footage shows the boy being struck and run over by the truck.

The teenager was taken to Liverpool Hospital and pronounced dead soon after.

Sarah Jennings, who was stopped in front of the truck, said she saw a young boy ‘rushing’ in her rear-view mirror before looking out for traffic driving the opposite way. 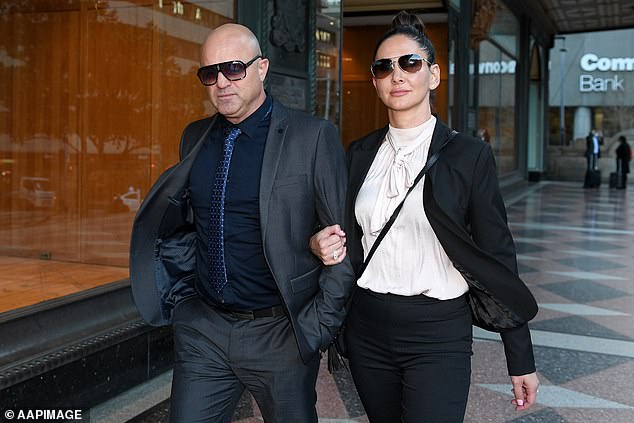 Kyriakidis is fighting the charges in the Downing Centre District Court

The ‘backed-up traffic’ eased for a moment and Ms Jenings says she believed he would have been able to cross.

‘I remember seeing the truck begin to turn and I did think, what is the truck doing,’ she said.

After she saw the teenager hit in the back she ‘flinched’ and looked away.

The Crown has argued four key moments make up Kyriakidis’ dangerous driving, including using a mobile phone when the collision occurred.

Defence lawyer Brett Longville says Kyriakidis was not driving in a dangerous manner and he was paying attention to his driving, to the traffic and to the roadway.

‘He had no reasonable expectation that anybody would run out onto the road in front of his truck,’ he said.

Mr Longville said Kyriakidis had accelerated the truck slowly and that ‘sympathy’ had no role to play in the case.