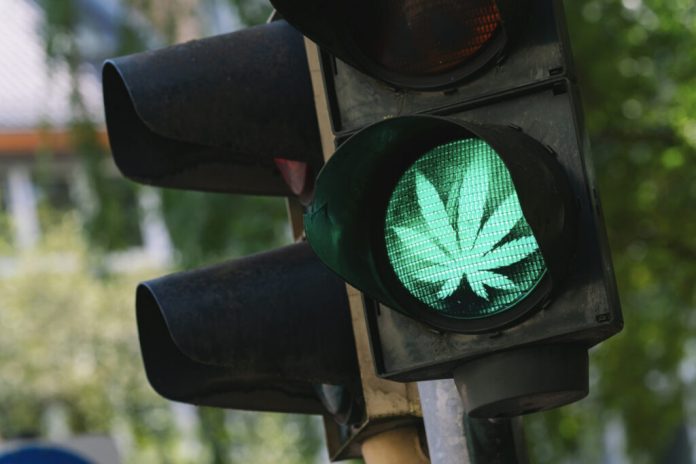 ALEXANDRIA, Va. — With an ever-increasing number of states legalizing marijuana, the trucking industry has little data on how marijuana affects drivers, according to Darrin Grondel, vice-president of traffic safety and government relations at the Foundation for Advancing Alcohol Responsibility.

“The data on drivers and crashes with drugs — and it’s not just cannabis, but any drugs — is very limited,” said Grondel during a session at the Truckload Carriers Association’s Virtual Safety and Security Meeting. “We’ve seen a lot of work done over the years around drunk driving, and we’ve seen those numbers come down significantly. But we’re also seeing some upticks in our society around drug driving.”

Grondel went on to point out that after alcohol, marijuana is the drug most often linked to impaired driving.

It’s something that commercial truck fleets need to worry about now that it is now considered legal in Canada, across 11 states and the District of Columbia, and medically legal in 22 additional states.

“It’s kind of a patchwork of what’s legal what’s not legal,” said
Grondel, “what’s medical, what’s not, what’s decriminalized, what’s not. I
guess the easy part for commercial vehicle operators is they know that they
can’t consume at all.”

But what about recognizing the signs of marijuana use? While some people
might say there is no way of identifying marijuana impairment at the roadside
as there is with alcohol, Grondel pointed to the fact that there are other
physiological things that officers might look for when suspecting someone of
driving while impaired by a drug, such as droopy eyelids, constantly nodding
off, paranoia, or bloodshot watery eyes.

“These are things that don’t require a test but just physical observations,” said Grondel. “They might seem a little disoriented or have a very slow response to questions. Officers are really becoming more attuned to those types of things other than just running them through a standard field sobriety test.”

There is varying data on the chemical compound of marijuana, with
between 480 and up to 500 different chemical compounds that come from cannabis.
Of these, research has differed on how many cannabinoid compounds have been
found, with some data stating there are more than 140.

“We know that delta nine THC is what causes the psychoactive response in
the brain,” explained Grondel, adding that impairment comes from that
particular THC, which is different than alcohol in that it is a lipid soluble
or stores in your fats. “And a lot of the fat that we have is right here in our
brain.”

THC affects the brain in a number of areas, according to Grondel. It
impacts the functions of the hippocampus, which is related to short-term
memory; the cerebellum, which deals with coordination; and the basal ganglia,
which deals with unconscious muscle movements.

“This is why it is so important to understand the impacts that it can
have for a driver, or anybody that is operating a motor vehicle, or even
performing safety-related functions or handling other types of equipment,” explained
Grondel.

The different strains of marijuana, Indica and Sativa, can also have
varying effects. While Indica is more of a whole body high, Sativa is
considered a daytime strain that gives users energy, as well as increased focus
and perception, but can also cause hallucinations, “which is not what you want
in somebody operating anything for you,” added Grondel.

The different forms of marijuana can also have different effects,
whether it is flower, an oil, a wax, or oral edibles.

“We’re starting to learn more and more about those and how they actually
metabolize in the body,” said Grondel, “as well as the timeframes that we’re
seeing as far as the ingestion of THC through edible products. Also, with
legalization efforts, it gives people kind of a false sense of safety, as if
now that you’ve legalized it, you’ve made it safer.”

In reality, Grondel explained, it can actually be much more dangerous
since the concentration levels in marijuana can go from 3-6% THC to almost 30%
in flower and up to 94% in some of the oils.

“Those concentrations have a deep impact on the level of impairment,” said Grondel.

Based on the Fatality Analysis Reporting System, or FARS, speeding
occurs in almost 36% of fatal marijuana driving crashes compared to 26% of
cases where no alcohol or drugs were present in the driver’s system. This goes
against what some drivers report, believing that marijuana makes them perform
better behind the wheel.

“There’s no substance that you’re going to ever take that’s going to
make you a better driver,” said Grondel. “In fact, [marijuana] actually makes
you a more unsafe driver.”

Some highway drivers might slow down after ingesting marijuana, going
below the speed limit, which can actually become more dangerous.

“When you look at some of the drug recognition evaluation reports, where cannabis was the only substance on board, the number one reason that those drivers were stopped was [speeding]. So you can see where maybe they have a false perception of time, distance and those kinds of things when they’re using; they think they’re going slower when in fact they’re actually going much faster,” said Grondel.

Canada looks to trucking to help create a hydrogen economy –...