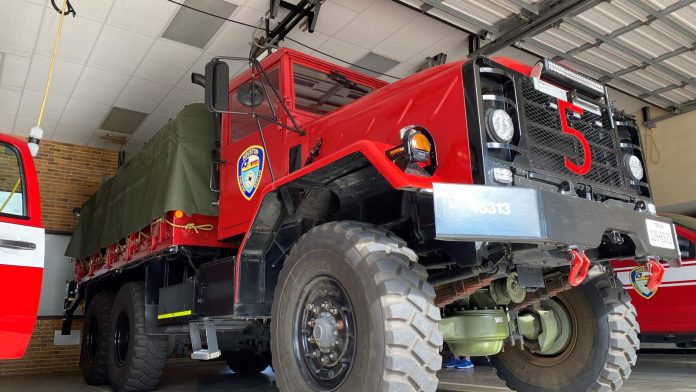 The tall, red vehicles have proven themselves to be useful.

“We learned a valuable lesson during Harvey. We learned that these trucks are what is absolutely necessary during flood events,” said Beau Moreno, Houston Fire Department’s Marine Team Coordinator.

In 2017, the department had one during its Harvey response. Now, there are nine high water rescue vehicles, each with a 10-foot intake.

“Everything in this vehicle is military-grade, so it’s made to take the roughest terrain,” Moreno said.

The vehicle, which was once used by the army in the late 1980′s and 90′s, can fit at least 30 people. However, with COVID-19, the department is having to practice social distancing and plans to take half as many people.

That means more trips, which they said they are ready to make. The 5-ton vehicles will be deployed in flood-prone areas including Kingwood, Braeswood and Meyerland, according to Moreno.

However, the team doesn’t plan on pushing the vehicle’s capabilities to the limit.

“This here is 30 inches — this is where our guidelines say we have to keep it, but this truck can comfortably take 3.5 feet of water,” Moreno said. He and his team have trained extensively on how to use the equipment in high water.

Now, they also have personal protective equipment kits loaded with 300 masks. Moreno said people are asked to wear masks, but if they don’t have one, the firefighters will have them for the people they are assisting.

The Houston Police Department also has 20 of the same kind high water rescue vehicles also stationed throughout the city.

2020 Nissan Frontier Real-World MPG: Not What We Hoped