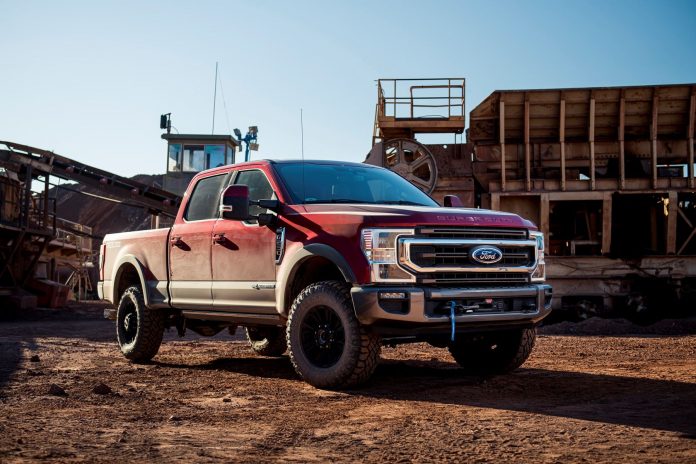 It’ll surprise absolutely no one who’s ever talked about pickup trucks around a rural Canadian supper table or at the bar in a backwoods tavern that truck owners tend to be a loyal bunch. The bowtie brigade will disrespect the Ford fans without mercy, and vice versa. Ram runners are quick to enter the fray, along with Toyota traditionalists shouting about why their pickup conquers all. Everyone ignores the Nissan owner in the corner.

Last month, we learned the brands of Subaru and Toyota were ranked highest in their ability to recapture customers, according to a then-new study by the nerds at J.D. Power and Associates. With retention rates of 60.5% and 60.3% respectively, those brands have a solid chance of current owners re-upping for a new ride when their current one feels a bit tired. But what about trucks? Subaru doesn’t have any, while Toyota is content to play on the fringes in terms of volume when it comes to full-size pickups (its Tacoma mid-sizer remains a solid seller, of course).

Anecdotally, we’ve heard plenty of stories about truck buyers sticking with a brand, sometimes literally for life. Your author can give a trio of examples from his immediate family whose driveways will always contain a Chevrolet Silverado, even if their interiors are behind the curve compared to their immediate competition.  My own grandfather purchased GMC pickups from Hickman Motors in Gander, Newfoundland for the better part of 40 years until health matters forced him into a sedan.

While most research outlets and manufacturers are happy to talk about loyalty habits in general terms, specific numbers seem to remain a closely guarded secret. This makes a lick of sense, given the cutthroat sales atmosphere of this particular segment. After all, stealing a convert to one’s own brand is as good as hooking two brand new customers in terms of relative sales.

“Yes, large pickup is the top segment for loyalty to nameplate, followed by large van and midsize pickup,” said Tyson Jominy, vice president of data & analytics at J.D. Power. This is good news for the gotta-have-the-same-truck conspiracy theorists but is also revealing about the impact of commercial customers on these statistics. Large vans, and more than a few large pickups, are often bought by large companies for work. Corporate purchasing departments generally don’t like switching vendors, as new supply chains can sometime bring unforeseen issues and unexpected expenses.

Perhaps, then, there’s an argument to be made that a portion of pickup truck loyalty is driven by this type of enterprise-level behaviour, instead of regular customers like you and I.

As for individual automakers, GM said they were not able to externally share their data about customer truck loyalty. All the same, it’s no trouble to find ample evidence of a fan base. Chevrolet has created the Truck Legends program, a community for bowtie owners with more than 160,000 km on the odometers of their pickup trucks or have owned more than one Chevy truck in their lifetime. This is in addition to a myriad of active social media accounts created by private individuals celebrating the loyalty of GM pickups.

Dearborn was a bit more verbose, saying “At Ford we have a deep respect and admiration for our loyal truck owners both for what they do and who they are,” said Peter Jansen, Director of Vehicle Line Management at Ford of Canada in an email conversation. “As a result, the customer is at the centre of everything we do.” Despite the lack of specific numbers, Ford isn’t shy about promoting loyalty, creating a series of ads on the subject that regularly pop up on YouTube.

Ram’s numbers are slightly easier to parse, given the vast majority of their products are pickup trucks (can’t forget about the hideous Ram Promaster vans, of course). According the J.D. Power & Associates study of U.S. market brand loyalty, Ram enjoyed a healthy 57.3% retention rate, good enough for 4th overall and just 1.5% behind Honda, a brand which is usually held up as a shining beacon of loyalty.

This is the only brand for which we can make such predictions, thanks to the product mix at other marques. GMC, for example, had a 39% loyalty rate according to J.D. Power but just slightly over half (52.9%) of their sales in that market so far this year were pickup trucks. A disproportionate percentage of defections may have come from SUVs.

Most manufacturers seem to reward loyalty in some way or another, by offering purchase or lease bonuses on new vehicles or other tempting incentives. Ford introduced their FordPass app which, when paired with a Blue Oval rig, permits a level of vehicle customization that surely imprints on a customer’s psyche when it’s time to shop for new wheels.

How about it readers? Do you have an affinity for one particular brand? Or do you prefer to mix it up each time a new ride lands in your driveway? Sound off in the comments below.

Man charged with 4 felonies after firing shots in West Haven...