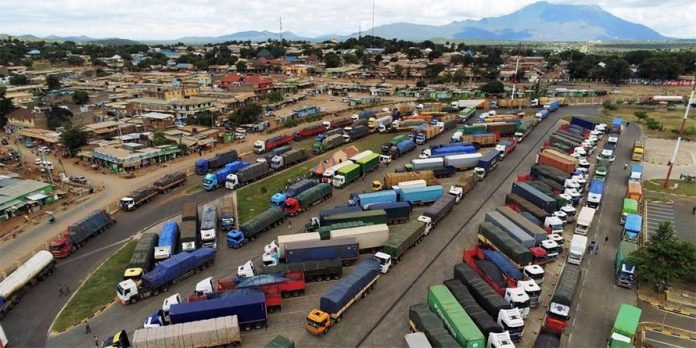 The platform was developed during the Covid-19 after truckers reported increased border delays. The platform enables each member state and road users to report incidents that hamper ease of movement to the Northern Corridor secretariat.

The platform, which include one-day regional online meetings held every Tuesday, digitally connects the Northern Corridor stakeholders, allowing them to share their experiences in real-time.

Due to the improved coordination brought about by the platform, the long queues which were experienced at different border points including Malaba have reduced significantly. The innovation has also eased document processing at the borders.

According to Northern Corridor performance report for week 32 for August 19-25, containerised cargo dwell time at the port registered an average of 40.63 hours from 50.53 hours recorded previous week.

Ship waiting time also reduced in the same period from an average of 11.20 hours last week from 16.11 hours the previous week due to ease document processing.

“The weekly meetings and different communication channels help us to air our grievances and we are seeing it working. For instance, videos we had been sharing in the platform on how we used to be treated at the border and the kind of discrimination from our Ugandan colleagues has helped to end stigmatisation,” said Ahmed Abubakari, one of the truck drivers from Mombasa.

Apart from the rapid information sharing and collaboration platform, the NCTTCA also coordinates sharing of protective gears in a bid to protect cargo crew and other service providers along the corridor. Already 10,000 reusable face masks have been shared among drivers.

Other interventions taken in the past three weeks which has improved movement of cargo along the corridor include removal of unnecessary roadblocks, and addressing issues such as bribery, stigmatisation of truck drivers and the long queues at the border points.

Tracking the corridor performance, increased stakeholders’ engagement and collaboration as well as the promotion of regional roadmap to make the corridor more resilient to future disruptive hazards is also part of the efforts.

The alternative transit route between Kenya and Uganda will provide an opportunity for truckers to South Sudan, Northern part of Eastern DRC and Northern Uganda to avoid the heavy traffic at Malaba and shorten the distance as well.

Looking for gas (in all the right places) | News