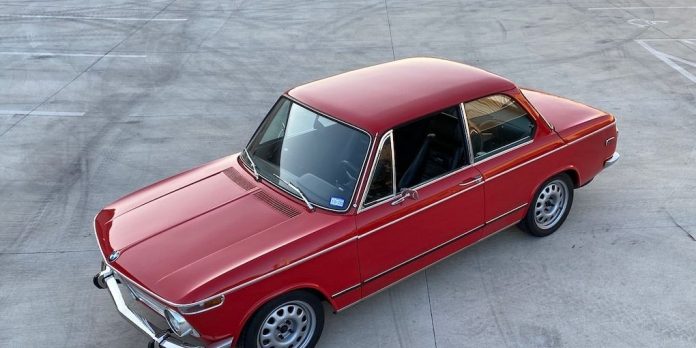 While still a student at Bergen Community College in New Jersey in 2013, Sam Polyak converted his $200 junkyard 1992 Mazda MX-3 to electric drive. That worked so well he took on bigger game: building a 2010 all-wheel-drive Audi S5 with Tesla power.

Out came the tired V8 and in went a motor and inverter from a P85D Model S, producing a car that could reach 60 mph in 3.9 seconds. Also using the Tesla’s full 16-module battery pack yielded 250 miles of range but required sacrificing the back seat. And there were plenty of challenges to get all the systems to play nice in the car, and for the Audi’s many modern conveniences to actually function.

Sam Polyak’s 2010 Audi S5 is now Tesla-powered, and a rolling advertisement for his business.

“It’s a whole lot easier to convert a pre-1996 car,” said Polyak, who now runs PolyKu, a shop in West Haverstraw, New York that converts cars and supplies EV systems.“You just drop the new system in and you’re done. With the Audi we had to do a whole lot of reverse engineering.” A special gear reduction unit had to be built to integrate with the Audi’s Quattro AWD, plus a computer unit that could talk Tesla and translate for the Audi’s central nervous system, its Controller Area Network (CAN Bus).

The Audi’s old head unit came out, replaced with PolyKup’s touchscreen that can display charge levels and other EV details. The new Main Computer Unit (MCU) incorporates infotainment and navigation, too. Everything works, Polyak said, giving him the confidence to start converting customer cars and selling his MCUs. He’s working on a 2019 Jeep Wrangler with South Florida Jeeps of Fort Lauderdale, and also converting a 2006 Chevrolet Colorado and a 2014 Maserati Quattroporte.

Polyak argues that today’s EV buyer wants to start with a convenience-laden modern car, but other converters—part of a growing national network—aren’t so sure. They say that the best cars to convert are pre-1980 classics without airbags, OBD-II, infotainment and advanced safety systems.

These EV conversions can be seen as a green update on restomods, which often involve stuffing modern V8 powertrains into vintage cars. The ’57 Chevy Belair with an LT1 crate motor and ancillaries to match is quite popular, but the same car would also go like scat with electric power.

Rich Benoit is well known for his Tesla-centered Rich Rebuilds YouTube channel. His video on Polyak’s Audi has received more than two million views. But Benoit still thinks pre-1980 conversions that don’t entail “fighting the computer systems” make a lot of sense, especially from a cost viewpoint. Reverse engineering cars is expensive and time consuming. “Some think conversions are cheap and easy, and they can be,” Benoit said. “But you have to choose the right components and set your expectation level. Do you want the back seat? Do you want to keep your amenities and infotainment system?”

Chris Salvo is Benoit’s partner in the Seabrook, New Hampshire-based Electrified Garage. “People think they can convert their modern cars for $5,000,” he said. “But those vehicles

have heavily integrated electrical systems, airbags, ABS and tractioncontrol that are hard to configure without faking out the CAN Bus. Plus, creature comforts like heat, A/C and power steering are all a la carte options where there is not engine and accessories to run off of.”

Michael Bream runs San Marcos, California’s EV West, which has converted a steady stream of vintage Volkswagens, Porsches, BMW 2002s, a DeLorean with zero miles and even Corvettes for customers that include actors Ewan McGregor, Zach Galifianakis and (as parts supplier) Tim Allen, plus Wheeler Dealers co-host Ant Anstead and professional skateboarder Tony Hawk. It also supports a growing business supplying kits to simplify conversions of cars like the Karmann Ghia and the Porsche 912, and is attempting to break an electric land speed record with the Electraliner Lakester.

Michael Bream of EV West likes the “rat rod” look for some of his VW electric conversions.

Bream likes old VWs and Porsches because the rear-engine layout means there’s no driveshaft to take out, and the electric drive unit can just slot in to replace the compact transaxle. “And air cooling means no coolant system to deal with,” he said. “The kits bolt right in, which means the conversions don’t require as much time and money. We start with cars that don’t involve changing the computer and syncing up with a lot of modern technology.”

And EV West’s conversions are reversible. “We’re classic car guys and we believe in being able to return them to original,” Bream said, adding that his buyers are out to make a statement. “They don’t want to just drive a Prius,” he said.

There’s definitely a coolness factor to driving around in a vintage Porsche, but also a lot of expensive maintenance. “The manual says the 912 should have a valve job every 2,000 miles,” Bream said. “That’s why some owners don’t drive them anymore. With our conversions you can just jump in the car and go.”

Bream would probably try to talk you out of it if you brought him a modern Mercedes sedan or pickup truck for conversion. A 1960s Volvo 1800S, that’s more his speed. “We did a couple of those,” he said. “That’s the epitome of the perfect electric car.”

“We try to avoid cars that have complicated, often proprietary electronics system,” he said. “All the components are designed to work together, and if you unplug the wrong thing, the car won’t move. You’ll spend a lot of time and energy making sure the check engine light isn’t on.”

Moment also uses Tesla Model S packs, but not the whole enchilada. After a certain point, he said, you’re just adding more weight to get a bit more range. “Our version of the BMW 2002 uses six or seven modules, which translates to 35 kilowatt-hours,” he said. “That gives a range of about 120 miles or so.”

Vintage is definitely easier, but there will always be buyers who’ll prefer starting with something newer, and for them there are innovators like Sam Polyak.

Islanders, Flyers gear up for Game 7 with free trip to...