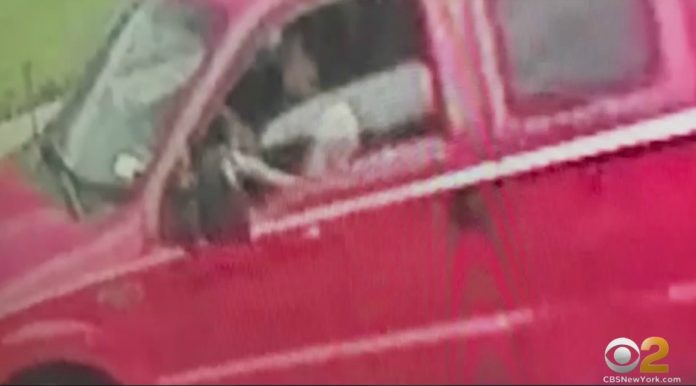 Her 11-year-old son suffered injuries after a pickup truck hit him on Sunday in their Massapequa Park neighborhood.

CBS2’s Carolyn Gusoff spoke exclusively to the mother on Tuesday.

“He’s doing very poorly. He’s in a lot of pain and he can’t sleep and he can’t eat and he’s been crying a lot,” Marni Seletsky said.

Seletsky said she is not leaving her son’s hospital bedside, where 11-year-old Max is cut up, she said, from head to toe, with multiple fractures, a serious concussion, and other injuries after being hit by a truck that fled their neighborhood.

“What kind of a human being would leave a little child bleeding in the street and drive off?” Seletsky said.

The crash happened on East Gate Road on Sunday at 3:30 p.m. Max and a friend were riding scooters when he was hit. The impact can be heard on surveillance video.

Then, seconds later, a red pickup truck is seen driving away.

“I heard a very loud band, so I came running to the door and I saw a truck in front of my house, a red truck, and then it sped away,” witness Kerri DeAngelo said.

DeAngelo said the crying child was badly injured and, “He kept asking me, ‘Am I going to live? Am I going to live?’ As a mother, as a human being, that just heartbreaking to hear. You knew that you hit somebody.”

“She’s a monster. That she hasn’t come forward yet is beyond my comprehension,” Seletsky added.

Nassau County police released close-ups of the driver in an older model red pickup who appears to be a female with tattoos on her arm.

Max told his parents he was riding on the sidewalk and saw the truck in the distance, as he thought he was safely crossing the street.

Doctors say the child, who was supposed to be soon starting middle school, will instead have months of recuperation ahead.

“Stop hiding because they’re gonna find you eventually. We are not sleeping, so we don’t know how you can sleep,” Seletsky said.

The family said a license plate number would help track down the driver. Area residents should check their surveillance cameras.

Trump says governors have gotten carried away with lockdown orders

Rivian R1T Electric Pickup Truck Is Designed For You: Let The...

Indian Auto Manufacturers That Shine With a Global Footprint