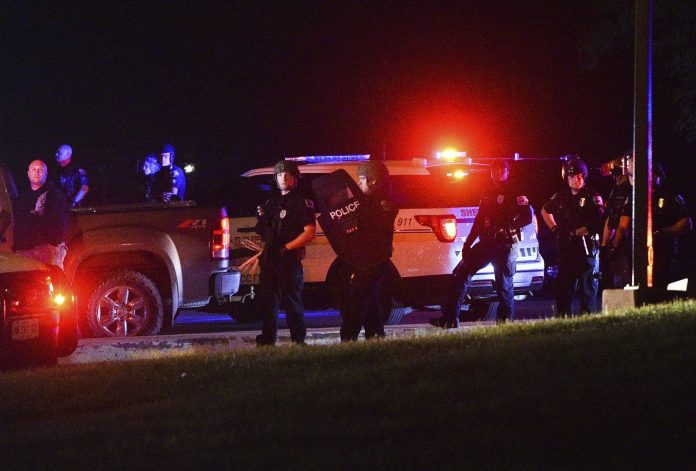 DAVENPORT — Authorities have released the name of a man who was found dead at the scene of what they say was an ambush on police officers during a night of unrest in Davenport earlier this week.

The Scott County Sheriff’s Office on Thursday identified the dead man as Marquis M. Tousant, 23, of Rock Island, Ill., which is just across the Mississippi River from Davenport. The sheriff’s office didn’t say whether Tousant was killed by shots fired by an officer or someone else, and the release of his name came after three days of official silence about the case.

The incident marked the end of hours of chaos in Davenport that began late Sunday and included unrelated shootings in which a 22-year-old woman was killed while leaving a protest and a man was wounded during a gunfight outside a jewelry store.

The sheriff’s office and the Iowa Division of Criminal Investigation are leading the investigation into Tousant’s death because Davenport police officers were involved in the incident.

Tousant was found dead from a gunshot wound near where police say one or more suspects fired 13 shots at an unmarked police truck investigating a suspicious car in an alley around 3 a.m. Monday.

An officer driving the truck was shot in the leg during the shootout and was treated at a hospital and released. Another officer who was in the truck returned fire, authorities said.

The police truck drove the wounded officer to the hospital for treatment. Six men fled in a car and were arrested after a high-speed chase through Davenport. Police found numerous guns in their vehicle.

Police later found Tousant lying dead next to a vehicle at the shooting scene. Investigators said a semi-automatic handgun was under his body and multiple bullet casings were around him.

Hours earlier, Italia Kelly, 22, was shot in the torso and killed while leaving a protest against police brutality outside a Walmart after someone fired into the area.

An official timeline from the county attorney said that bullet came from an “unknown source,” and investigators had not made any arrests. The timeline says officers did not fire any shots at Walmart, and the victim’s sister and aunt said they believe a participant in the protest was responsible.

Davenport’s police chief has asked anyone with information to come forward.

The spate of crime prompted the county to impose a 9 p.m. curfew that began Monday night and remains in effect. The protests since then have been largely peaceful.

Comprehensive Analysis of 210 Top Companies Including Kuhmo Tire Co. and...

One year after Brandon Webber was killed by U.S. Marshals, his...