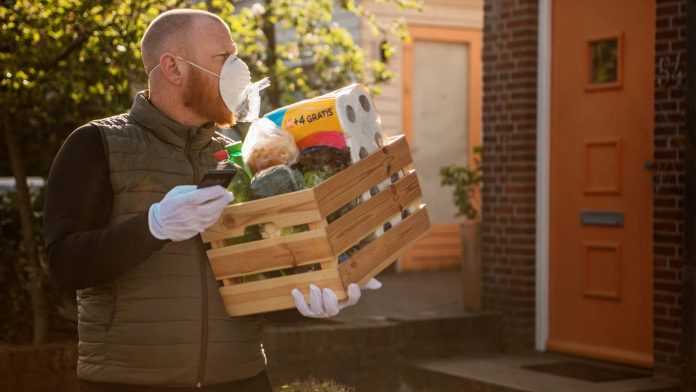 R-0 may be the most important scientific term you’ve never heard of when it comes to stopping the coronavirus pandemic.

Damian Levine moved to New York City from Popayán, Colombia, in January, hoping to start the new year with a new job in the city’s promising environment. Four months later, Levine, 25, did not expect he would find himself carrying the burden of being an essential worker during the coronavirus pandemic.

Levine works two jobs. He fills online orders made through Amazon at Whole Foods. His second job, at a Brooklyn New York supermarket, he labels products and keeps inventory.

For some workers like Levine who are risking their health to provide essential services for minimum wage, their paychecks are not enough to live comfortably or get ahead.

Nationwide, essential employees earn an average of 18.2% less than employees in other industries, according to a report from consultancy business.org.

Although companies such as Amazon and Kroger paid workers an extra $2 to work during the pandemic, that still not enough for workers like Levine, and the extra pay, so far, is temporary. Amazon will stop paying workers the extra wage starting June. Meanwhile, Kroger said it will give “thank you” pay to frontline workers through mid-June.

“It’s not fair,” Levine told USA TODAY. “I only have enough money for my necessary expenses, and I never end up with enough money to save. I’m working to survive, not to live.”

Levine worked 50 hours in the week leading up to Memorial Day weekend at Amazon alone by working five, 10-hour shifts. Most of his check goes toward his rent, which he splits with six other essential workers living with him in Brooklyn’s Williamsburg neighborhood. After a day’s work, they all take precautions when entering their home, such as removing their clothes and disinfecting themselves.

In cities and states across the U.S., such as New York City where median household income reaches $60,762, what is considered poverty-level varies. The poverty threshold in New York is $33,562, according to a 2017  report from the Mayor’s office. Over 62% of residents were considered under or near the poverty rate.

Latinos are heavily represented in stores, warehouses, and essential businesses that remain open during the pandemic. These jobs often require  workers crowd together or face the public without proper safety gear.

A large portion of the workforce negatively affected by the pandemic is made up of immigrants, who are also not receiving health benefits, according to Brudney. Many are depending on food banks.

Essential workers might be able to fight for better pay if they belong to unions, but many do not and it can be difficult to organize.

Stuart Appelbaum, president of the Retail, Wholesale and Department Store Union, which represents over 100,000 workers, echoed Brudney’s points regarding the difficulty workers face when it comes to organizing.

Muzzled?Trump wants a crackdown on Twitter, Facebook, but the law protects them. Is that a good thing?

“I think that employers have opposed coming together to have a stronger voice,” Appelbaum told USA TODAY. “There’s been constant union-busting behavior among too many employers.”

Appelbaum says he’s hopeful that this type of behavior will change as more people start understanding the importance of essential workers.

“During the pandemic, people have noticed the value of the jobs essential workers do,” Appelbaum said. “They are jobs that are more important than those that are more compensated.”

The bill, which passed in the House on May 15, is likely to fail in the Senate. President Donald Trump said May 13 that the HEROES Act was “dead on arrival.”