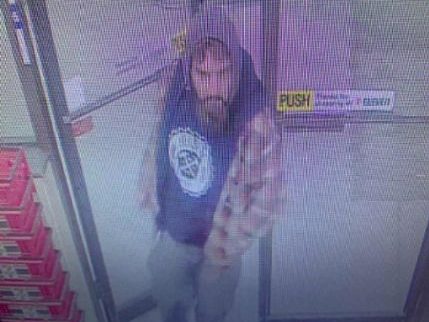 A Stratford man facing two attempted murder charges after a nearly fatal hit-and-run crash outside of a city convenience store in January is now also facing an impaired driving charge.

Defense attorney Kirsten Van Drunen appeared in court via teleconference on behalf of 29-year-old Daniel Hamm Monday morning. While what was said in court is covered by a temporary court-ordered publication ban, the case was adjourned to May 27 to allow the Crown and defense time to deal with the new charge, which was added to Hamm’s charge sheet on Feb. 27.

Hamm is facing two counts of attempted murder, one count of failing to stop after a collision resulting in bodily harm and one count of impaired driving. The charges have not been tested in court.

Hamm was released from custody to a surety on Feb. 3 after a bail hearing with several court-imposed conditions, including he not consume alcohol, police and court staff said.

Police said a black pickup truck sped towards a Stratford couple walking away from the Erie Street 7-Eleven on Jan. 30 around 10 p.m. A 27-year-old woman managed to move out of the truck’s path, but a 35-year-old man was struck and critically injured, police said. The man was taken to Stratford hospital and then transferred to Victoria Hospital in London with life-threatening injuries.

The suspect immediately fled the scene, police said. City police sent out a picture of a suspect captured on the store’s surveillance cameras – the incident was not captured on camera – on social media later that night.

Police arrested a suspect at his home around 7 a.m. the next day. A pickup truck was also seized, police said.

The couple first crossed paths with the suspect inside the store, police said. Police said they weren’t aware if there was any prior relationship between the suspect and the pair, but the latter noticed he was acting strangely. As they left, the couple saw him sitting inside the pickup in the parking lot, police said.

The police’s allegations have not been tested in court.

Police make it easier to get pickup plates