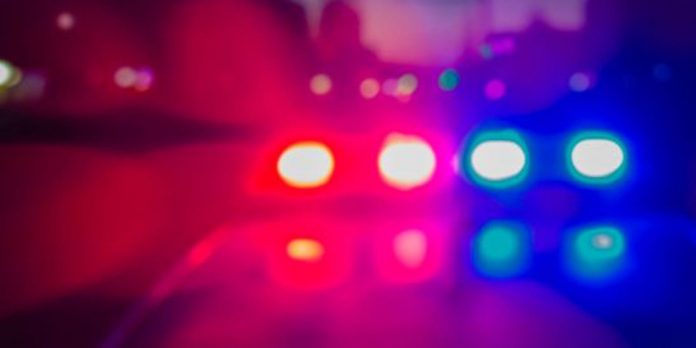 EVANSVILLE, Ind. — A Mount Vernon, Indiana, woman who showed up seeming impaired at a staffing agency Tuesday afternoon to apply for a job was arrested after she drove away with her young daughter in the vehicle, police said.

Officers were called to HR Connects, 617 N. Main St., around 1:30 p.m. after receiving a report that 31-year-old Brandy Brass appeared intoxicated, according to arrest records from the Evansville Police Department.

Police were told she had driven to the business with her 10-year-old daughter in tow and said she was going to pick up her son. Staff were worried that she’d drive off again, which she in fact did, before officers arrived.

Police followed the woman’s pickup truck for several blocks, during which time she reportedly drove across the median, didn’t use a turn signal and didn’t stop at a red light before turning right.

Brass was pulled over. Police said she was slurring her words and stumbled somewhat as she exited her vehicle. Her daughter was sitting in the passenger seat.

The woman told police she wasn’t under the influence of anything but reportedly failed several roadside sobriety tests. On one occasion, she didn’t understand the instructions, which had to be repeated to her several times. The officer didn’t test her breath for alcohol because police didn’t believe she’d been drinking.

Brass was taken to the hospital for a blood draw before she was booked into Vanderburgh County’s jail around 5:30 p.m.

At the jail, an officer found anti-anxiety medication among her possessions. Based on the prescription date and amount that was supposed to be taken daily, police estimated more than 50 pills were unaccounted for. Brass was asked about them, at which point she admitted she had a problem and was planning on seeking help.

She faces two preliminary counts of driving while intoxicated, one of which is a Level 6 felony because of the underage passenger, plus several traffic citations.

Brass was being held without bond as of Wednesday morning, pending a court appearance.

Edinburgh Fire & Rescue cuts response time in half with 24/7...

Country music reckons with racial stereotypes and its future