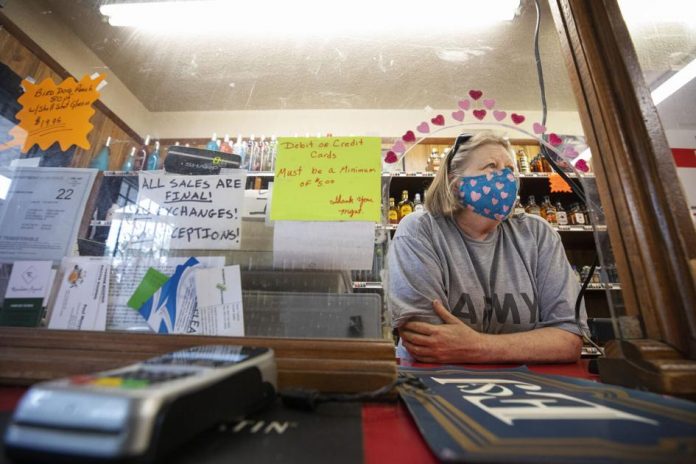 This isn’t what Vanessa Brunius expected when she moved to Ridgeville more than a decade ago.

Back then, the rural stretch of Interstate 26 skirting the town was beyond the citified reach of Charleston; it was a place you simply drove through to get where you really wanted to be.

These days, it’s some of the hottest real estate on the market, and Walmart’s announcement last month that it’ll build a $220 million distribution center near mile marker 187 promises to bring even more industrial development — and traffic.

The number of vehicles traveling I-26 between Summerville and Ridgeville soared by more than 37 percent from 2009 to 2019, according to the state Department of Transportation. Nearly 52,000 cars and trucks now make the trip each day, passing by the sprawling Volvo Cars manufacturing plant that kicked off the area’s warehouse boom.

Walmart will generate an additional 70,000 semi-trailer trips between the distribution center and the Port of Charleston each year. That’s just one project.

Driving the demand is the emergence of e-commerce, said Elizabeth Ryan, CBRE’s research analyst. The stretch of highway dubbed “I-26 North” by developers — the interstate actually runs east to west — has accounted for 63 percent of all industrial space occupied in the Charleston area over the past three years, Ryan said, even though it makes up less than one-fourth of three-county region’s total inventory of industrial space.

In layman’s terms: There’s a lot of growth and a lot of traffic on the way.

Plans are in place to accommodate the coming surge of motorists, but it could take years before the fixes arrive.

Solutions in the works

As president and CEO of the S.C. Trucking Association, Rick Todd hears from those who haul cargo over the highways every day, and much of the talk centers around the congestion near Charleston.

“Traffic in general in the tri-county area continues to increase significantly, creating efficiency issues for all motorists, particularly during peak commute and touriusm periods,” Todd said. “Increased capacity will be needed.”

The state’s highway department recognizes Ridgeville is fast becoming an industrial suburb of Charleston. It has plans to widen I-26 with another lane each way between exits 194 and 187, where the ports authority’s Ridgeville Commerce Park will be built with Walmart as its centerpiece. The final cost hasn’t been determined because it won’t be put out for construction bids for at least another year. Craig Wynn, the DOT’s program manager for the project, said right-of-way acquisition should begin late this year and widening could start as early as 2022. The project could wrap up sometime in 2024.

That timeline depends on another I-26 widening project just east of the site at the Jedburg exit. Winn said the highway department wants to “make sure we do not have two adjacent interchanges under construction at the same time.”

When all of that work is finished, I-26 will have three lanes each way between Charleston and Ridgeville.

Once truckers headed to Walmart leave the interstate at Exit 187, they’ll hit U.S. 78, which is the site of another widening project. Dorchester County will upgrade U.S. 78 to five lanes near the Walmart site as part of a $26.5 million project funded almost entirely with state and federal grants.

Both Dorchester County and the State Ports Authority have submitted applications for federal grants that would widen to five lanes the 1-mile stretch of S.C. 27 that connects U.S. 78 with the Walmart distribution center and Ridgeville Commerce Park. Those applications are pending, but John Truluck — Dorchester County’s economic development director — said he feels good about the progress being made to mitigate traffic.

“With the very short distance of the Walmart facility from I-26, we believe that the current 78 widening, planned I-26 widening and Exit 187 improvements, and hopeful S.C. 27 widening, will put us in really good shape to handle the existing and future traffic in and around Ridgeville,” Truluck said.

Joey Von Nessen calls the Port of Charleston “one of South Carolina’s most vital resources.” The University of South Carolina research economist said the port accounts for $63.4 billion in annual economic impact statewide, with 1 out of every 10 Palmetto State jobs tied to the port in some way.

But traffic congestion could choke the port’s — and, in turn, the state’s — economic growth.

“South Carolina, and Charleston in particular, are already in a very strong competitive position heading into the next decade, and it’s really important that we maintain that competitive edge by keeping our infrastructure appropriately maintained and expanded to accommodate the business activity we’re seeing,” Von Nessen said.

That points to a need to spread industrial truck traffic to off-peak periods so it doesn’t add to the congestion.

Walmart did not respond to a request for comment, but many of the national retailer’s other distribution centers are open around the clock, allowing truckers to arrive any time of day. Jim Newsome, president and CEO of the State Ports Authority, said he sees extended gate hours at the port’s terminals — especially early in the morning — as one way to keep truckers on the road during off-peak hours.

“As you grow more in big-box retail (cargo), you’re going to have to have more gate hours,” he said. Newsome has extended the time truckers can get cargo at port terminals by roughly 45 percent — from 48 hours to nearly 70 hours per week — since 2009.

The authority has opened inland ports in the Upstate and Pee Dee regions to move traffic by rail instead of over the road. About 25 percent of all cargo moving through the port’s terminal now moves by rail — about 300,000 containers per year.

When the Leatherman Terminal opens next year in North Charleston, it will handle about 350,000 containers that now move through the Wando Welch Terminal in Mount Pleasant, helping to ease truck traffic on Long Point Road and Interstate 526. Much of the cargo at the Leatherman Terminal on the city’s former Navy base will move by rail once a new rail yard built by Palmetto Railways is completed. The cargo that moves on trucks will enter and leave the terminal on a new Port Access Road connected to I-26 instead of on local roads.

Longer term, the authority hopes to create a barge program that will move cargo by water from Wando Welch Terminal to the Navy base rail yard so trucks won’t have to carry the containers.

Luring the Walmart center helps to fulfill the authority’s main mission of growing freight, said Barbara Melvin, the agency’s chief operating officer. But, like every other business and commuter, she said, the authority has to “balance that mission with trying to be creative to mitigate congestion and traffic around the area.”

In the meantime, Vanessa Brunius reflected on how quiet the traffic used to be.

“I love a small town,” she said recently while behind the counter at Carter’s Fast Stop, the convenience store where she works that’s just down the road from where Walmart will build. These days, she said, “Every five seconds there are cars passing.”

Get the best of The Post and Courier, handpicked and delivered to your inbox every morning.

Jobs in the wake of the coronavirus: How do you feel...