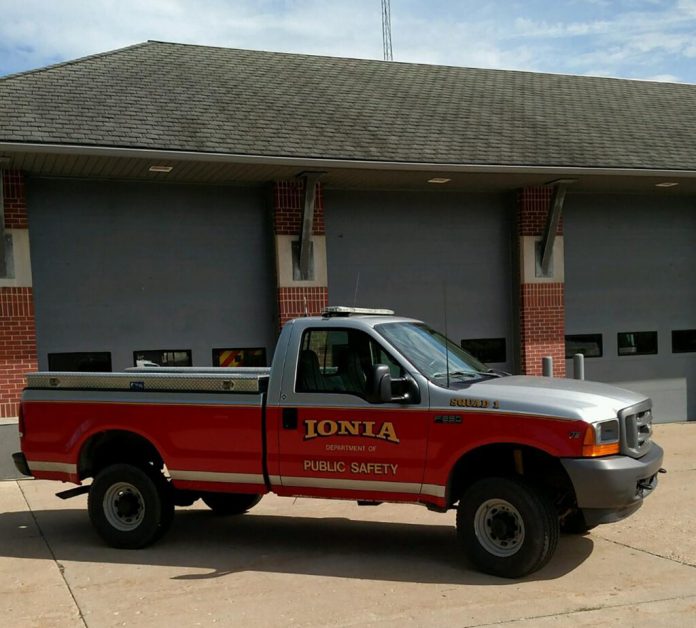 IONIA — The Ionia Department of Public Safety is getting a new truck to aid its grass and brush fire fighting efforts after the Ionia City Council approved its purchase Tuesday from Berger Chevrolet in Grand Rapids.

The city solicited bids for a heavy-duty, four-wheel-drive, crew-cab truck through the state purchasing program.

The City Council also approved the purchase of a grass/brush firefighting skid unit, which holds the 200-gallon water tank, pump and engine, from CET Fire Pump Manufacturing for $13,614. Ionia City Manager Jason Eppler recommended that the purchase be “sole-sourced,” due to difficulty in finding multiple vendors to bid.

The total price for the truck is $49,523, plus some additional cost for lettering, light bar and small equipment. However, Eppler said, he expects the total to be lower than the $65,000 budgeted for its purchase in the Public Safety Vehicle Replacement Fund to replace Squad No. 1.

The current Squad No. 1 is 2001 Ford F-250 single cab, handed down from the department of public works after using it for around four years, according to Ionia Department of Public Safety Director Troy Thomas. The firefighting skid on it was at least 25 years old.

Also on Tuesday, the City Council approved a corrective action plan monitoring application for certification of compliance for its pension plan. Eppler said the city was required to submit a corrective action plan to the Department of Treasury that outlined the city’s plan for achieving a minimum funding level of 60 percent in its MERS pension plan.

At their September 2018 meeting, council members approved the plan, which called for closing the remaining open defined benefit pension program for new hires and contributing an extra $250,000 each calendar year through 2022.

The Protecting Local Government Retirement and Benefits Act requires underfunded local governments to submit a corrective action plan at least every two years. The state’s Municipal Stability Board recently asked the city to provide an update by way of the application for certification of compliance, Eppler said.

Road trip! This camper is like a backpack for your pickup...

Trucks can boast cleaner emissions on 50th Earth Day, and the...