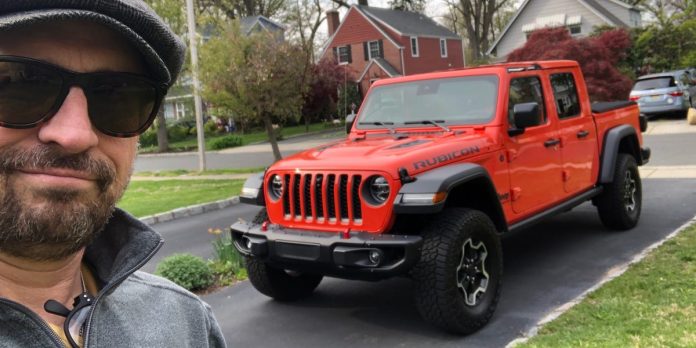 So, what’s the verdict?

The Gladiator has been greeted by generally rapturous praise by reviewers, and that’s understandable: Jeep lacked a pickup — and it lacked a midsize pickup, so the Gladiator filled two important gaps in the portfolio simultaneously. That’s important for the brand, for consumers, and for Jeep’s business. Nobody needs to remind the company that pickups have been hot sellers in the US market.

The Gladiator is also probably the coolest-looking and most capable midsize pickup money can currently buy. It’s off-road cred is superior to the Chevy Colorado, although if you go for the ZR2 Bison trim level of the Chevy, you’re giving the Jeep something to think about. As far as legacy players, the more crude and purposeful Toyota pickups are the Gladiator’s natural foes, but those Tacomas — the TRD Pro and TRD Sport — are aging vehicles, lacking the Gladiator’s pizzazz.

None of these positives mean that the Gladiator, like the Jeep Wrangler, is an even remotely practical pickup, if you aren’t a hardcore outdoors person or committed weekend off-road-warrior. While the Colorado, the Ford Ranger, and the Honda Ridgeline all ride (sort of) like cars on normal public roads, the Jeep makes no such concessions. On knobby tires with off-road shocks and a suitable beefed-up suspension, it’s a spine-rattler. More than once during my testing, I wondered if Jeep had A-B’ed the Gladiator against a farm tractor, just to make sure it wasn’t suggesting anything too softly suburban.

Admittedly, this is the Jeep curse; even its benign crossover SUVs, which aren’t ever likely to crawl a rock or ford a stream, are engineered to ride like Jeeps — which is to say, evoke the legacy of a homely military scout vehicle. Discomfort is a virtue.

As with the Wrangler, one adapts. But after a week of bouncing the Gladiator around the New Jersey ‘burbs, I was ready to borrow a Ridgeline and realign the vertebrae in my lower back.

That said, if I were a full-time river guide, I’d be shopping for a Gladiator Rubicon. When it comes to a life lived outside, there’s a reason why Jeeps have been so popular for so long. This pickup is insanely capable, and the addition of a bed just ups the versatility.

However, the Gladiator might be too much of a good thing. Jeep sold only about 40,000 last year, versus a quarter-million Wranglers. That somewhat makes sense, as the Gladiator competes most directly against the survive-anything versions of the Tacoma, not the more amenable midsizers from Ford and Chevy.

So in the end, you respect the crap out of the Gladiator. But maybe you get the Wrangler instead. And if you’re an average human and not a proper back-to-the-wild type, you buy a more domesticated pickup.

Truck driver injured in rollover crash that closed I-70 – News...

Chads & Kyles: The top 5 overlanding accessories, even if you...