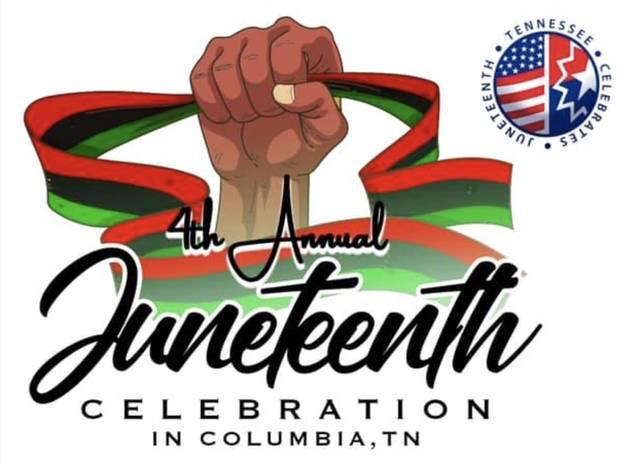 For Father’s Day weekend, spend time outdoors with the family taking part in several celebrations and important community events happening over the next three days.

It’s time for the fourth annual Columbia Juneteenth Celebration, and this year’s event has a whole lot packed into it, with lots of food and gathering to spread a positive message.

This year’s festivities kick off with an historical marker dedication at Fairview Park, 871 Iron Bridge Road, which begins at 8:30 a.m. Friday. The park, which opened in 1938, is a popular spot for weddings, reunions and public events, as well as the many children’s programming which utilizes the space.

Following the dedication, vendors will gather on the courthouse square starting at 11 a.m. Patrons who visit will be able to learn about the rest of Juneteenth’s event programming, as well as enjoy free food provided by Chef Jules.

Saturday is the big day when the community will gather for a cookout at Riverwalk Park starting at 1 p.m. This will include lots of great food, live music and socializing which focuses on the event’s message, which is to celebrate African-American heritage, freedom and the pursuit in creating a better society for younger generations.

Juneteenth, also known at Juneteenth Independence Day or Freedom Day, is an American holiday that commemorates the the abolition of slavery in Texas on June 19, 1865, as well as the emancipation of enslaved African-Americans throughout the former Confederacy in the Southern states.

2. Music on The Porch

Live music continues to make a huge comeback in Maury County, and one of its more popular and newest concert series kicks off this Saturday.

Mt. Pleasant’s Music on The Porch monthly series features a diverse group of artists and songwriters, with each show featured at a different residential home. The first in the series will be at the home of John and Kim Coursey at 206 Pleasant St., which sits on three acres of land with plenty of space to spread out and respect social distancing guidelines.

This month’s featured performer will be indie artist Alex Preston, who is perhaps most known for being the third place winner on season 13 of “American Idol.”

The music starts at 7 p.m., but arrive early and grab a bite or two from Fin & Feather food truck, as well as an ice-cream tent that will be set up.

The event is free for all ages, but encourages all attendees to bring a chair or blanket for seating.

The Music on The Porch series will continue next month, with the next show scheduled for Saturday, July 25.

As we’re now in the heart of Pride Month, The Rusty Duck plans to throw a huge party to celebrate diversity and inclusion this Saturday.

Located at 403 Riverside Drive, the popular bar/venue just outside of downtown Columbia promises this will be the most colorful party of the year, and wants patrons to fill up the place with as many colors, rainbows and flashy gear as possible. There’s a chance you might have to bring sunglasses for this one, as long as they’re bedazzled and flashy like something Elton John would probably wear.

The party is scheduled to start at 8 p.m. Saturday and is 21-and-up.

Saturday’s summer solstice will have lots of great things happening around town, but only one will have fire dancers and a pig roast.

Grab a grass skirt and bring a friend down to The Rebel Bar and Grill this Saturday, when the 307 Riverside Drive venue will host its second annual Luau Pig Roast.

The real fun begins around 7:45 p.m., when dancers take to the Rebel’s Tiki Stage for an outdoor fire dance and hula show. There will also be a cornhole tournament and other yard games happening throughout the day starting at noon.

If that wasn’t enough, Columbia has even more live music to check out on its local stages this weekend, along with food trucks, good beer and so much more.

On Saturday, Asgard will celebrate its annual Summer Solstice Party with Yonder Grove performing at 5 p.m. Brick and Motor food truck will also be onsite starting at 3 p.m.

The Factory in Columbia, located at 101 N. James M. Campbell Blvd, will host several food trucks in its parking lot from noon to 4 p.m. Saturday. The food trucks will include beers from Asgard, as well as M&M Plus Catering (Mexican-American, burgers), Mostarda Kitchen (Mediterranean & Italian with a Southern flare) and Homemade Ice Cream.

The Escape Band will emcee a Saturday night dance party at The Boondox, 3543 Highway 431, starting at 8 p.m.

On Sunday, The Loaded Dogs will perform at The Rebel Bar and Grill’s outdoor Tiki Stage starting 4 p.m. Sunday. The Rebel is 21-and-up after 8 p.m.

Also on Sunday, Z Best Hot Dogs will be serving up its gourmet take on the American classic at Asgard starting at 3 p.m.

Subaru WRX Pickup Actually Looks Good, Who Would Have Thought?

Column: Our dirty secret: a great capacity to regularly forget –...

Which one should you buy?