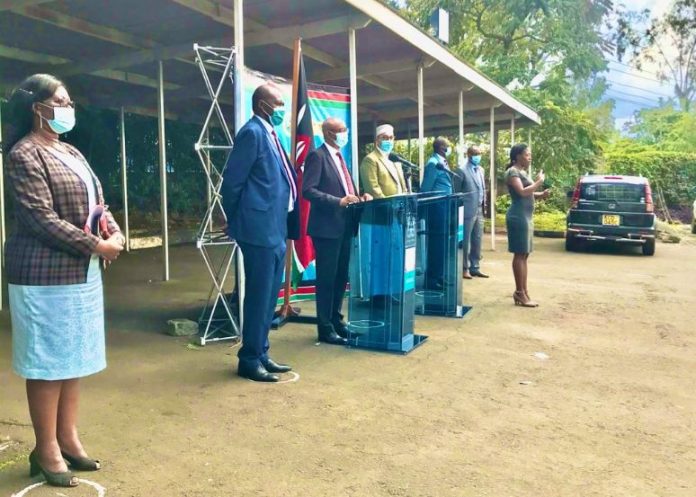 The number of COVID-19 cases in Kenya hit 700 after the Ministry of Health reported 28 new cases on Tuesday.

Ministry of Health Chief Administrative Secretary Rashid Aman said that nine of the cases were reported in Kajiado County from truck drivers who came in from neighbouring Tanzania, which borders the county to the south.

“The nine cases from Kajiado are all Kenyan truck drivers who were returning from Tanzania and tested at the Namanga border point. These nine cases were positive among the other drivers that were tested,” Aman said.

Aman clarified that Kenya was testing Tanzanian truck drivers before they entered the country and would notify authorities in Tanzania of any positive result to allow them to take up the cases. As a result of this, Aman said that five Tanzania drivers were found to have contracted the virus.

Aman added that the government was considering all options, including a possible border closure with Tanzania, to contain the threat of cross-border transmission of COVID-19.

Zambia has already temporarily closed its border with Tanzania, which has so far reported 509 cases, in an attempt to halt the spread of the deadly virus.

Aman further warned Kenyans to inform the authorities of any illegal border-crossings to halt the cross-border spread of the disease. Aman singled out Wajir and Mandera Counties, which border Somalia, as posing a danger of cross-border COVID-19 transmission.

Local media outlet, the Daily Nation, previously reported that locals in Mandera were sneaking into Somalia to perform Tarawiih prayers (evening prayers during the month of Ramadan). Wajir County, meanwhile, had reported two COVID-19 cases which were imported from Somalia.

Sunday Drive: 2020 Nissan Titan gets a new engine and transmission...