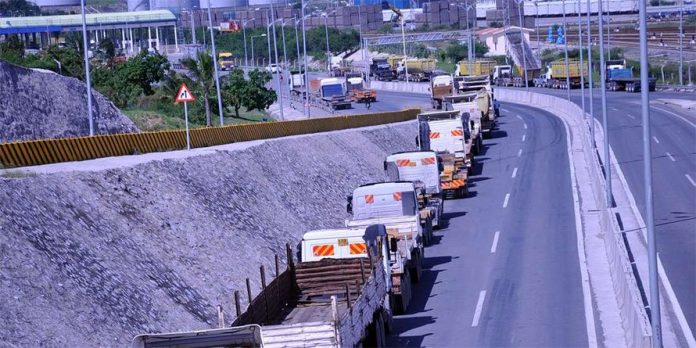 Kenya’s exports to its three leading countries in the East African Community (EAC) dropped by a fifth in the second quarter to June, reflecting impact of travel restrictions imposed to stem the spread of the global coronavirus pandemic.

Earnings from goods sold to Uganda, Tanzania and Rwanda amounted to Sh20.06 billion in the April-June period, down from Sh25 billion.

The 20.2 percent slump was recorded at a time when Kenyan traders experienced lengthy cross-border delays because of the stringent requirement for Covid-19 testing for truck drivers.

The results of Covid-19 tests take at least 48 hours and are only valid for 14 days, thus hurting cross-border trade.

Kenya, Uganda and Rwanda in early May reached a deal for testing of truck drivers for Covid-19 at the point of departure to ease tailbacks at border points after each nation initially insisted on separately conducting mandatory testing.

Long queues of trucks, however, continued to be seen throughout the quarter—particularly at the Kenya-Uganda border towns of Busia and Malaba —as drivers awaited clearance from public health officials, amid rising positive coronavirus cases among truckers.

Lengthy delays also threatened to reignite on-and-off trade feuds between Nairobi and Dar es Salaam mid-May before the ministers for Transport in Kenya and Tanzania intervened.

The provisional Kenya National Bureau of Statistics data indicate the value of goods trucked into Tanzania such as vehicles, pharmaceuticals, soap and lubricants amounted to Sh5.72 billion in three months through June, a 20.23 percent drop compared to a similar period in 2019.

Exports to Uganda — including vegetable oils, fuel, pharmaceuticals, iron and steel as well as paper and paper board— thinned 19.98 percent to Sh12.81 billion, while Rwanda’s orders declined the sharpest at 20.68 percent to nearly Sh5.15 billion.