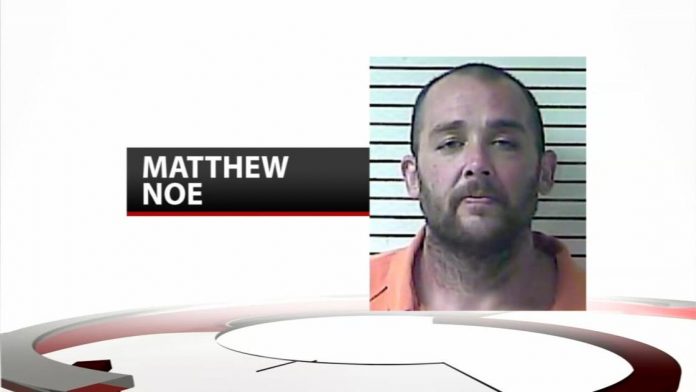 Someone called KSP around 9 a.m. Tuesday and said their truck was stolen from the IGA in Upton, Kentucky. The caller told authorities that they could see the driver getting onto Interstate 65 North.

Troopers spotted 34-year-old Matthew Noe driving the truck shortly thereafter, but Noe took off, eventually driving off the road and getting stuck in a creek next to the interstate.

Noe ran from police but was found about an hour later hiding behind a house in Elizabethtown, Kentucky, according to KSP. Noe faces a handful of charges, including fleeing or evading police and theft by unlawful taking.