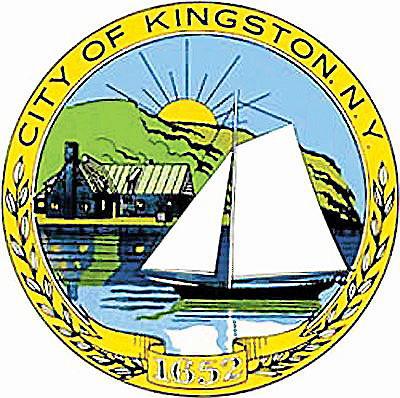 KINGSTON, N.Y. — Proposed food truck regulations for Kingston stalled when city lawmakers could not reach a consensus and decided the matter needed to be considered further.

Alderman Donald Tallerman told the Common Council’s Laws and Rules Committee during a virtual meeting last Wednesday that he had amended his proposal to enact regulations on food trucks. He said the amendments included reducing the permit fee from $100 to $50 annually and reducing the fines for offenses.

While those changes were met with approval by committee members, concerns were raised about a component of the proposal that would prevent food trucks from operating within 500 feet of an open restaurant. Some lawmakers also were concerned about a requirement that any food truck parked on public property be moved at least once every 24 hours.

Of the distance requirement, Tallerman, D-Ward 5, said he had done some research and looked at what other cities have enacted.

“I think that is more than fair,” Tallerman said of the 500-feet rule. “It’s not going to be right across the street or just a stone’s throw away. But it’s not too far where you’re boxing the food trucks out of the neighborhood.”

Alderman Douglas Koop, D-Ward 2, said 500 feet is too much, and he questioned how the distance would be measured. He said he would prefer to see no distance restrictions.

Alderman Patrick O’Reilly asked whether there was anywhere in the city that was at least 500 feet from a restaurant or a business that sells food. O’Reilly, who represents Ward 7 and is not enrolled in a political party, said he, too, believes having no distance restriction might be best.

Tallerman initially proposed reducing the restriction to 150 feet, but ultimately the committee decided the entire proposal needed more review and so did not vote to move it to the full council.

Alderwoman Rita Worthington, D-Ward 4, said she was concerned the requirement for food trucks to move every 24 hours would affect one on Broadway in her ward.

City Assistant Corporation Counsel Daniel Gartenstein said the food truck Worthington was referring to was on private property, and that the property and the truck fall under the purview of the city Planning Board.

Tallerman also said that particular food truck would not be affected by the 24-hour rule. He said the goal of his proposal was to improve the look of the city, especially because Kingston is spending several million dollars on its Broadway Streetscape project.

“A food truck that’s there 24/7 is not helping our city’s look, especially when we’re spending so much money to improve our city’s appearance,” Tallerman said.

Worthington said she also favors the city looking good, but not if it takes away a person’s ability to make a living.

“And if that is their only living, I’m hesitant to tell them they can no longer do it because we want the city to look good,” she said.

O’Reilly said he did not appreciate Tallerman saying he wanted to clean up the city. He said some of the food trucks in the area are “wonderful, beautiful trucks.”

Council Majority Leader Reynolds Scott-Childress, D-Ward 3, said there was no connection between the proposed legislation and the food truck in Worthington’s ward.

Truck Landing Gear Market – What Factors Will Drive The Market...

PUBG 8.1 update with new Sanhok map rolling out on July...