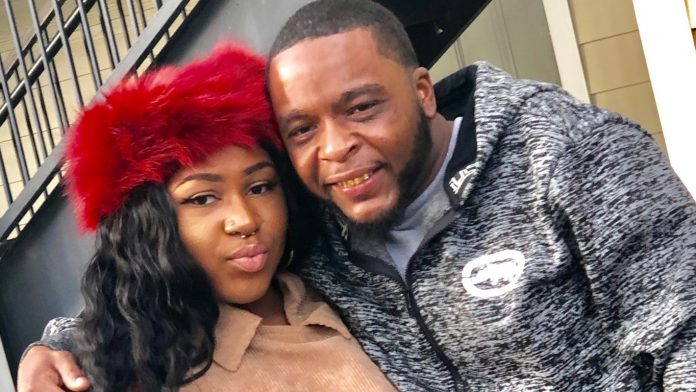 When Lafayette authorities pursued two men in two different cases, one died and the other landed in jail.

Lawyers for the relatives of 31-year-old Trayford Pellerin argue the reason is simple — Pellerin was shot and killed because he was Black, while the other man was arrested because he is white.

But the explanation for the different outcomes is not that simple. The cases have similarities, but also differences.

Authorities arrested the white suspect, 42-year-old Donald Guidry, in an incident a few weeks before Pellerin’s confrontation with police.

Authoritieschased both men, not knowing who they were at the time. Both men fled. Both reportedly had a knife. And both were in north Lafayette off Evangeline Thruway when confronted by authorities.

But there are differences in the cases.

Officers pursued Pellerin on foot for a few minutes. Deputies pursued Guidry in a car chase in an incident that lasted closer to an hour. Officers tasered Pellerin, but he kept walking away from them. Deputies trapped Guidry in his car, at one point breaking his car window to negotiate.

Officers advanced toward Pellerin as he was entering a gas station store, while deputies and others responding surrounded Guidry in his car with police vehicles and officers.

Trayford Pellerin, right, died after Lafayette police shot him Friday night during a confrontation. His sister Treneca Pellerin, left, set up a GoFundMe page to raise money for the family. (Photo: Submitted)

Lafayette Mayor-President Josh Guillory characterized Pellerin as “threatening” because officers said he had a knife and was trying to enter the store that had customers and employees. Authorities blocked traffic all around Guidry, who was there alone surrounded by deputies and other officers.

The two cases will be closely studied to see how the confrontation with a Black suspect ended in death and the one with a white suspected ended in arrest.

Lawyers for Pellerin’s family said the cases demonstrate a “tale of two cities” for white and Black residents in Lafayette, and have used it to criticize Guillory and the city police’s response to Pellerin.

“Racial tensions are palpable in the city of Lafayette, but rather than unite the people and offer support to those grieving an unimaginable loss, Mayor Guillory is taking this opportunity to stir the pot of division and hate,” said Ron Haley, one of the attorneys representing the Pellerin family. “In this ‘tale of two cities’ that he has created, we stand firmly on the side of justice.”

Who was Donald Guidry and what was his confrontation with police?

Guidry, of Rayne, is accused of leading authorities on a chase in a stolen truck from Broussard to Lafayette on Aug. 5.

Deputies followed Guidry in their own vehicles until Guidry’s truck stopped at the intersection of Evangeline Thruway and Willow Street.

“Guidry then refused to exit his vehicle and indicated to law enforcement that he was armed, and possibly intended to harm himself,” Mowell said.

Responding deputies surrounded Guidry, who had barricaded himself inside the truck, and traffic was diverted from the area. At one point, a sheriff’s on-scene SWAT team broke the glass to negotiate with Guidry.

Guidry surrendered to police and was taken into custody without incident, Mowell said. He was found to have a knife when he was arrested. He was charged with possession of stolen things and resisting an officer. He is still being held in the Lafayette Parish Correctional Center on a $7,500 bond, according to jail records.

Pellerin was at a Circle K gas station Friday night on Northeast Evangeline Thruway when Lafayette Police responded to a disturbance involving a person armed with a knife.

Officers arrived at about 8 p.m. Friday and found Pellerin in the parking lot. Officers tried to apprehend Pellerin, but he walked away, said Louisiana State Police spokesman Trooper Derek Senegal.

Officers pursued Pellerin, who walked about half a mile to the Shell gas station on Evangeline at the intersection of Chalmette Drive. At the Shell station, Pellerin attempted to enter the store, and at least one officer shot him, Senegal said.

Pellerin was taken to a local hospital where he later died, Senegal said.

A bystander captured the shooting in a video that shows officers with guns pulled out following Pellerin who is walking away. Officers then begin to surround Pellerin when he reaches the door to the Shell station and 11 shots are fired. Pellerin then falls to the ground and does not move.

His death has sparked days of protests around Lafayette.

What Pellerin’s family is saying about Guidry

“Though Guidry had already broken multiple laws at the time of his encounter with police, he was offered support from multiple agencies, was taken in alive, and granted a low bond that would easily bring him back home to his loved ones,” Haley said in a statement.

“Conversely, Mr. Pellerin was followed on foot for close to half a mile with zero de-escalation measures taken during that time,” Haley said. “Instead, at the end of the pursuit, he was surrounded by numerous officers and quickly shot at, at least ten times, at close range. Mr. Pellerin will never get the chance to go home to his family.”

4 people shot by Lafayette police in 2020, three black and one white

Since the start of the year, there have been four instances where people have been shot by Lafayette police — three involving Black men and one involving a white man.

The Louisiana State Police typically investigates all instances in which Lafayette police officers shoot someone. State police have not released any findings from its 2020 investigations involving Lafayette olice.