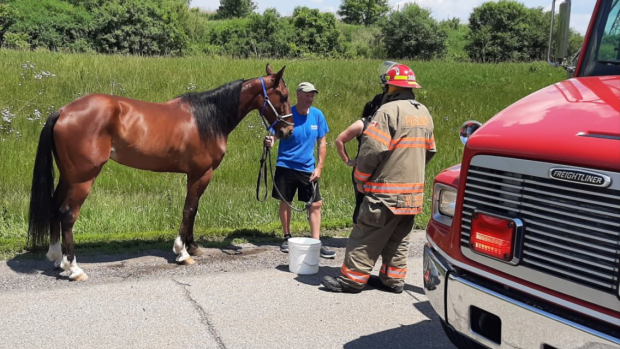 KITCHENER —
A driver and the horse he was transporting safely escaped a truck fire in Puslinch Township on Saturday.

According to Ontario Provincial Police, the pickup truck and trailer were travelling westbound on Highway 401 when the driver noticed smoke coming from the vehicle.

Police say that the driver pulled over onto the shoulder of the highway and everyone was able to get out safely, including the horse that was in the trailer.

However, police say the pickup truck burned to the ground.

Guelph firefighters were called to the vehicle fire just after noon, according to a tweet posted to Guelph Fire Calls.

OPP Highway Safety Division tweeted a series of photos of the incident, along with the caption “Last seen heading into the sunset.”

Impact of Covid-19 on Truck and Bus Carnet Market – Current...