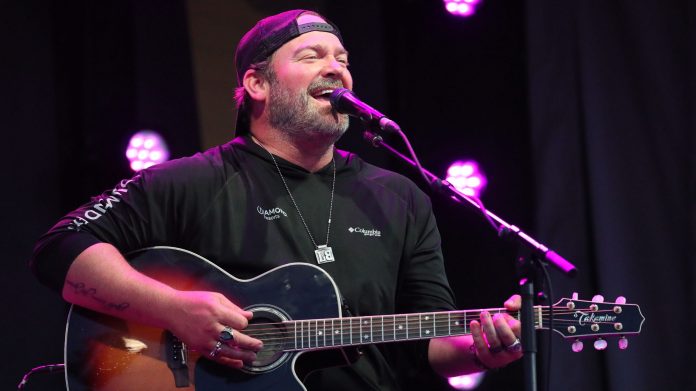 Lee Brice was on a stage in Grafton Friday night, but it looked like he could hardly believe it.

With most venues closed for four months and counting because of the coronavirus crisis, the country star has had to resort to performing in front of a camera for some streaming shows.

But Friday for the Live at the Lot drive-in concert series — presented by Kapco Metal Stamping in an employee parking lot — Brice had an actual crowd in front of him. He marveled at the ability to hear people cheering and see them drinking beer, all spaced apart from their designated viewing areas, the back of their pick-up trucks or right next to their vehicles.

The layout is necessary for public health, but watching Brice’s charming show, I recognized the temporary format had its perks. No one was close enough to spill beer on my back, or inebriated enough to shake their butt in my space. Brice is by far the biggest star to play the Milwaukee area since mid-March, so people actually watched the show for themselves instead of through their smartphone screens, and no one was blabbering loudly near me between the songs.

Friday’s show — the first of eight at Live at the Lot this month, following an initial 13-show run in June — was sold out, but Brice was playing for a smaller live audience than usual. Likely for budgetary reasons, he performed solo, resulting in a casual vibe. Brice relished the chance to play barefoot and peppered his set with stories. He talked of the time he geeked out in an airport when he got a call from Garth Brooks, and how he was looking for enough coins under his car floor mats to buy a McDonald’s hamburger when he got the career-changing call that Eli Young Band wanted to record his song “Crazy Girl.”

Even on his own, Brice Friday had enough spirit to intoxicate fans for feel-good tunes like “Drinking Class” and, especially appropriate for this occasion, “Parking Lot Party.” Hearing these carefree songs live partially reinforced why country music as a genre experienced one of the strongest streaming surges during the pandemic this spring.

Surprisingly, Brice Friday didn’t touch on his latest No. 1 country airplay single, “I Hope You’re Happy Now,” his collaboration with Carly Pearce. But his five other chart-toppers that made the setlist illustrated that Brice’s smooth hits tend to be more thoughtful than what’s frequently offered from his country radio-courting contemporaries. Beyond songs of small-town love, there was the somber “I Drive Your Truck,” about a man coming to terms with the death of his brother, a fallen war hero, that drew an awed hush from Friday’s crowd.

Set-closer “Rumor,” up for Single of the Year at the ACM Awards in September, was especially strong Friday. Live Brice’s reserved lyrics and the tension in his voice, shifting from gruff confidence to sweet modesty, reflected its tale of two long-time friends potentially falling for each other. And with bluesy guitar licks at the start, and a climactic, drawn-out vocal note, Brice showed he didn’t need a backing band to be flashy.

“What a beautiful night,” Brice roared toward the end of the show while raising his blue Solo cup. It’s the kind of crowd-baiting line you’d hear at every country concert, but Friday, with the pandemic still raging, it especially rang true. Because the sad truth is, there aren’t going to be many nights like this for the foreseeable future.

.@leebrice is the biggest star to play the Milwaukee area since mid-March. Photos and my review of his drive-in concert for @kapcometal Live at the Lot series @journalsentinelhttps://t.co/5h3sGkSgmopic.twitter.com/IQFaUAOLBI

That song, “Times Like These,” is fitting for these times, with Sweet Friday singing of the need to support each other when hope appears to be fading. It’s currently #41 on the MusicRow CountryBreakout radio chart, and likely to climb, but Sweet also satisfied Friday with engaging acoustic covers of Garth Brooks’ “Papa Loved Mama” and Marc Cohn’s “Walking in Memphis.”

Live at the Lot runs through July 26, featuring Beatlemania Now, local acts like the Prince Experience and the Docksiders, and more. The schedule and tickets are available at liveatthelot.com, with all proceeds benefitting Kacmarcik’s Hometown Heroes charities.

RELATED: Kapco’s ‘Live at the Lot’ brings drive-in concerts to Grafton. Here’s everything you need to know.

Piet also talks concerts, local music and more on “TAP’d In” with Jordan Lee. Hear it at 8 a.m. Thursdays on WYMS-FM (88.9), or wherever you get your podcasts.

Polestar 2 first drive: a sporty EV with Android Automotive inside

Rivian R1T is a Pickup Truck for Adventurers: See a New...