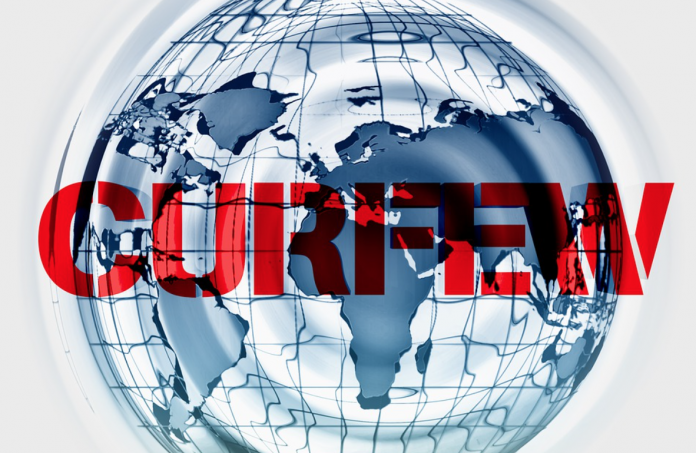 It’s a gray, cool, overcast Autumn day. Dead leaves are starting to cover my paths and lawns. Pretty much another ordinary Autumn day, like so many through my years, and years to come. Except it’s anything but ordinary as humanity experiences an event that will be a marker for the early part of the 21st Century.

It’s another work day. Same routine; drive past the Park N Ride; two cars. Along the main road to SH2 – and what do I see…?

A few days ago;

One missing motorhome. Obviously the owner didn’t get the memo that it’s not Alert Level 2 just yet. It’ll be interesting to see if it’s back tonight, on my way home.

Traffic did seem a little heavier than previous weeks. Especially travelling through the Mt Vic tunnel, activity is on the increase, without doubt.

As I drove along Vivian Street headed toward the Eastern Subsurbs, I noticed how overgrown the green park was in front of the School of Architecture and Design building was starting to become. As in most post-apocalypse movies, urban scapes are soon reclaimed by nature’s relentless growth;

— but given enough time…

This afternoon, more good news mixed with tragedy. New cases are the lowest since mid-March: eight. If this is accurate; if there are no asymptomatic cases floating around the country; and if the downward trend continues, Aotearoa New Zealand will have achieved what no other nation has: eliminating the virus from our borders.

This puts foolish, harping critics like  National’s Paul Goldsmith and ACT’s David Seymour in their proper place; as whining ‘Cassandras’ who are hell-bent on putting this country on a collision course with a virus outbreak along the lines of Italy, Spain, UK, USA, et al.

David Seymour made the astounding  suggestion that Australia was achieving “better results” than Aotearoa;

“Australia appears to be having its cake and eating it too, as it gets achieves better COVID-19 health outcomes than New Zealand with fewer restrictions on economic activity.”

Even the Mediaworks-Newshub article was misleading in its headline;

Misleading because it is not true. Australia has five times our population, but seven times our covid19 death toll;

National MP Paul Goldsmith is now questioning New Zealand’s approach, pointing out that the two nations have had similar results per capita.

Again, not true. The above infographic shows Australia’s death toll worse than Aotearoa’s. Mr Goldsmith is either ignorant of the facts; being mischievous for National’s political agenda, or is trying to use sheer will-power to magic-up his own version of reality.

Meanwhile, David Seymour continues to tout on behalf of business interests, picking away at lock-down-mandated closure of most retailers;

“It is not clear why a dairy with a one-in one-out policy can open, but other types of retail cannot and that will be damaging and in some cases devastating for those businesses for no clear public health gain.”

And here is a pretty crayon picture for Little David and Little Paul;

There is very good reasoning behind the lock-down. The more people are out, the greater the risk of transmission. Spain, UK, Italy, and New York City have demonstrated with great clarity how transmission of this virus can explode out of control.

More retailers open means more people moving about in retail areas. The more people there are, the closer they get to each other. Social distancing is impossible when limited areas become crowded. (I have witnessed this on fine, sunny days around Oriental Bay when people flock to the wide footpaths to stroll, jog, and ride bikes. Social distancing quickly becomes unrealistic. And some just don’t care.)

Even supermarket’s can become become congested, as I discovered this afternoon (17 April) when shopping for groceries for an immuno-suppressed client.

This was the scene at the Kilbirnie Pak N Save Meats Section this afternoon at 2.30pm. No social distancing whatsoever;

Worst still, this was the scene in just one aisle at Kilbirnie Pak N Save;

Any notion of a 2 metre distancing (or even 1 metre!) became utterly unrealistic as clusters of people crowded the aisles. If one person in those aisles was carrying  covid19 and coughed or sneezed, it is likely several dozen shoppers would likely have been infected.

Ironically, there were staff at all entrances to the supermarket “controlling” entry. Yet, the aisles were crowded.

Or people will get sick.

And people will die.

Sky News:  Australia in lockdown for another four weeks – PM

The Independent:  Is Sweden having second thoughts on lockdown?

The Out And Abouter:  Reached For Comment, Coronavirus Says It’s Also Very In Favour Of Reopening The Economy Immediately

Will New Zealand Be Right?

The Warehouse – where everyone gets a virus

Life in Lock Down: Day 1

Life in Lock Down: Day 2

Life in Lock Down: Day 3

Life in Lock Down: Day 4

Life in Lock Down: Day 5

Life in Lock Down: Day 6

Life in Lock Down: Day 7

Life in Lock Down: Day 8

Life in Lock Down: Day 9